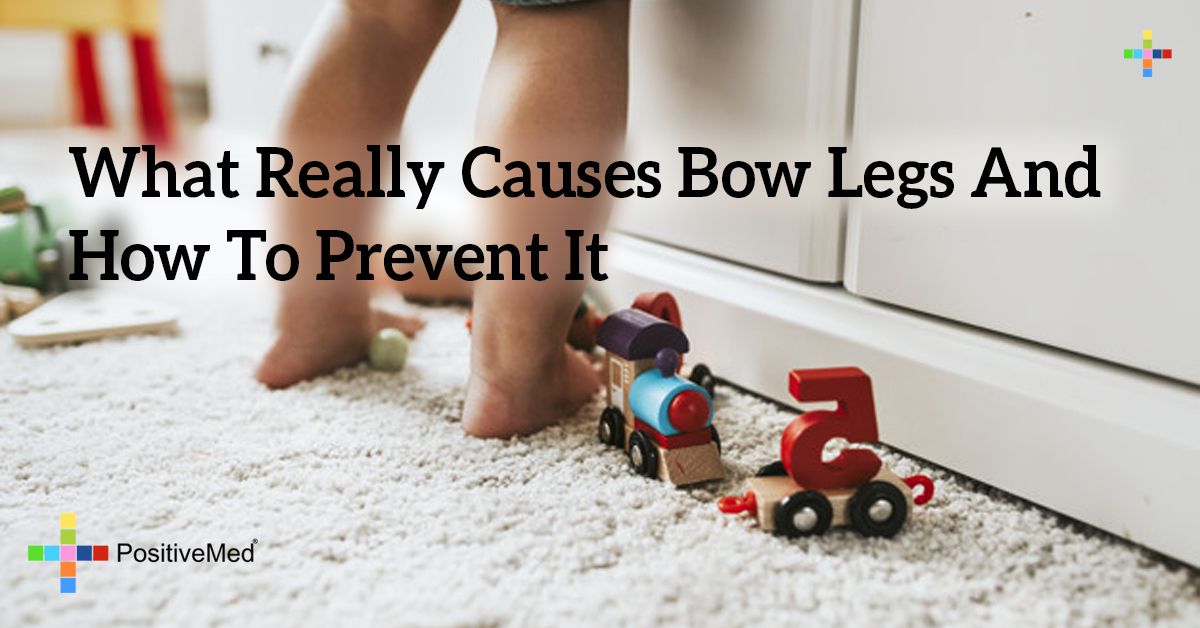 What Really Causes Bow Legs And How To Prevent It

Bow legged people have knees that arch out when the ankles are together and feet pointing straight ahead. It is a condition that is also known as Genu Varum. There is a variety of different causes, several symptoms, and some methods of prevention to bow-leggedness.

Causes
While infants are born, they commonly have bow legs. This condition is normal and usually corrects itself when the child starts to walk. Bow-leggedness in infants is caused by the cramped space in which the infant resides in the womb.

Children who still have bow legs past the age of three may have abnormal bone development that may occur due to disease, poisoning, or lack of nutrients. For example, Blount’s disease can occur in young children, or in teenagers. The growth plates on the upper portion of the tibia develop abnormally with this disease, causing the lower legs to arch outwards.

In contrast, a child can have Rickets, which occurs when a child does not get or metabolize enough Vitamin D. It is more commonly seen in underdeveloped countries, since in countries like the United States, many products, such as milk are fortified with Vitamin D. Other causes of bow-leggedness are from broken bones that do not heal properly, or from lead or fluoride poisoning.

Symptoms
Bow legs are usually first diagnosed by observation. Either other people or a medical doctor notices the way that the legs bow outwards, and the knees do not touch when standing with feet together. This is most evident when a bow-legged person stands or walks. Additionally, a person may find that they have an awkward walking though they still are able to walk and keep up with others. They may find, though, that this awkward gait may cause a sufferer to trip more than others who are not bow legged.

Typically, there is no pain for young children with bow legs. Teenagers, however, may notice some pain. It is not unusual for them to feel pain in the joints of the ankles, knees, or hips due to the abnormal stresses placed on them, by the way, the legs are curved. When bow leggedness continues untreated, a person is more likely to develop arthritis in the ankles, knees, and hips, causing continuous pain.

Prevention
If one suspects the child is bow legged, there are a few tests that can be done to diagnose. A simple blood test will be able to reveal the presence of Rickets as well as lead or fluoride poisoning. Sometimes, X-rays are taken to check on the severity of the deformity and diagnose Blount’s Disease.

Depending on the cause of the bow legs, it may be able to be prevented. For example, avoiding Rickets is possible in most cases. Ensure that your children get enough Vitamin D by feeding foods rich in or fortified with such. Additionally, children can increase their Vitamin D by being exposed to sunlight. If necessary, Rickets can be treated medically by a metabolic specialist.

While Blount’s Disease cannot be prevented, it can often be treated. Depending on the severity of the disease and the bow legs, special shoes, braces, or casts are often tried. Such devices seem to be most effective on young children, rather than adolescents.

If the bowing is severe, surgery may be necessary. Surgery can be done at the growth plate to stop growth on one side while growth continues on the other, allowing the bone to straighten as the child grows. Another surgical procedure requires the shin bone to be broken and reshaped, then allowed to heal. Surgery is done as a last resort in most cases.

While bow leggedness is most common in infants and adolescents, it is possible to see adults with untreated bow legs. Since it is harder to treat as one gets older, it is advantageous to diagnose and treat this condition as young as possible for the best outcome. Bow legs are a difficult condition to treat as one age since the bones are no longer growing.