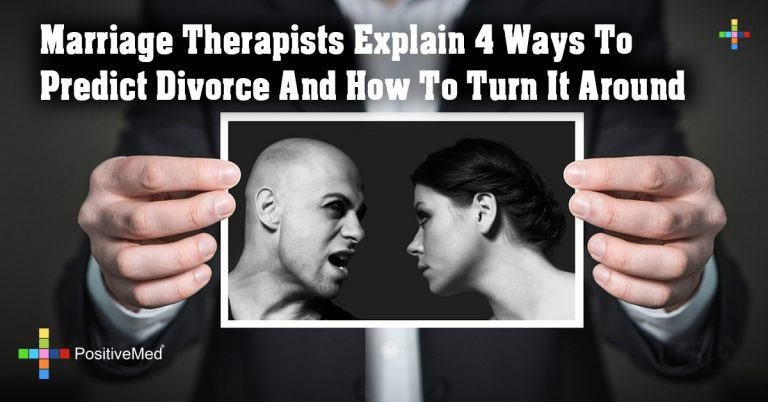 Marriage therapists are constantly working diligently to develop strategies for keeping the foundations of marriage strong. Therapists such as John Gottman and Margaret Paul conducted studies over the years that provided valuable outlooks on impending divorces. The studies that they did pinpoint these four signs as strong indicators of an impending divorce. Spouses should spot an immediate red flag if any of the following occurs:

1.Attacking the Person, not the Behavior

Many people are guilty of attacking their spouses instead of attacking what they do. For example, a wife may compound her husband’s gambling addiction by calling him names because she is frustrated with the fruits of his addiction. The verbal lashing may cause the husband to feel inadequate, which may bring forth the desire to gamble further.

Spouses are supposed to support each other mentally and emotionally. They are supposed to help fortify the walls of each other’s self-esteem rather than break them down. Failure to do so may result in the quick demise of a marital relationship.

2.Feeling or Expressing Contempt Against Your Spouse

Everyone has human emotions, and anger is certainly a human emotion. A person has a right to be angry when someone causes pain to him or her. However, unhealthiness develops when that pain turns into contempt for one’s spouse. This common area is an extension of the previously mentioned mistake. Many spouses forget that their mates are flawed humans who are susceptible to addiction and other imperfections. Contempt is an attitude that can push even the most loving spouse away from the other person in the family unit.

Instead of hating a spouse for bringing a hurt into the relationship, the person should perhaps combat those hurts with positive actions. Getting into family therapy is a good way to resolve conflicts. A marriage therapist is an objective person who will not take sides when it comes to finding the root of a marital problem. A therapist is a professional who knows the why and the how of different marital problems. Such a person will help to steer the marriage in the right direction.

3.Always Being on the Defensive

A marital partner can take a stance of defense. That person can seem as if he or she is always on the defensive. An example of someone being on the defensive is when that person “explains” something without being accused of anything. A wife may try to explain her faithfulness to her husband although he did not accuse her of being unfaithful. Such can be a result of some insecurities that the woman has about a past mistake or painful event that she had to endure.

Avoiding defensive behavior requires a good listening ear and a pause before responding to something that the person may have misconstrued. Many times, people hear things because they have unresolved issues, and those issues try to come forth repeatedly. They feel guilty or ashamed of something, and that guilt and shame causes them to beat themselves up about it. Such people must take the time to listen when a disagreement develops with the other spouse. Many times, the one spouse does not intend to hurt the other spouse. Insecurities just happen to creep in and cause ill feelings to develop.

4.Stonewalling, Shutting Down or Walking Out

Shutting down is refusing to communicate on a specific matter, and walking out is leaving a painful situation instead of working through the discomforts. Husbands and wives are often guilty of at least one of those three processes or actions.

Marriage counseling or therapy is a place that can help spouses overcome nervousness, anger and pain that causes them to conduct the above-stated acts. The only way that people can avoid an impending divorce is if they work together to eliminate any breaches in trust and communication. Marriage restoration begins with communication. A therapist can teach both parties to open up the gates of communication so they can find their way back to each other.