PositiveMed The Positive Side of Medicine
Home Health and Food Health Benefits of Foods This is How to Remove Warts by Using Just One Single Ingredient! 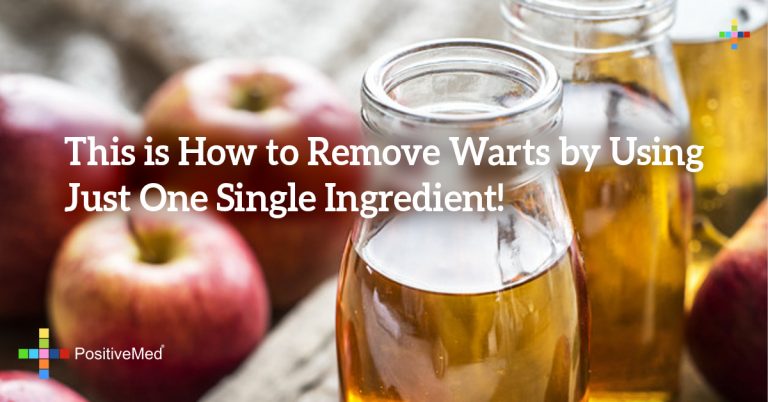 This is How to Remove Warts by Using Just One Single Ingredient!

If the truth be known, trips to a dermatologist’s office may not be necessary when first sighting a wart; moreover, one simple ingredient found in your household may be able to remove that unsightly bump from your face, neck or whatever area on your body it appears on-painlessly and inexpensively.

Traditionally bearing the brunt of jokes about Halloween witches with warts on their noses, warts primarily affect persons from middle-age upwards appearing generally where the skin rubs another layer of skin such as the neck, the eyelids and underneath the breasts. At times, they appear in the genital area of both men and women.

Take a cotton ball, cotton swab or a bandage itself, and soak it in ACV. Placing it on the wart area, leave it on about 15 minutes. Repeat two times as minimum for a few days or weeks. Hopefully, the wart will darken, form a crust as it dries out and later fall off-all things being equal.

Be prepared to wait: no two warts respond the same way to the same method. Some need more aggressive methods of attack.

Being that warts are virus-formed, the two most effective remedies against them consist of twin antiviral, antibacterial and anti fungal food items you already have in the home: the noble little garlic and ACV.

Crushing a clove, applying it to a wart and covering it with a bandage for about 20 days starts off the treatment. Repeating this treatment twice a day for several days virtually guarantees removal.

If combined with ACV, you can really take this anti-wart treatment protocol to the next level. Diluting two parts ACV in one part water, combine with a mashed or crushed garlic clove, and let the mixture soak for about an hour at room temperature.

Apply the solution on the wart using a clean cotton ball, or rub the wart with a thoroughly soaked cotton swab. Leave wart covered with a soaked bandage.

Repeat the remedy for several weeks until the warts starts to turn black. Within a few more days, it will fall off by itself.

Another variation may be the old, duct tape method. Some people apply the ACV first on the wart with cotton, and then cover it with a piece of duct tape.

Other treatment variations focus on simply cutting some duct tape and leaving it on the wart for at least a week. The idea is to suffocate the wart tissue matter. Afterwards, gently rub the wart area with an emery board. Repeat the treatment until the wart disappears.

Regardless of which method you use to remove warts, all methods recommend beginning with the above mentioned primary ACV treatment first. Remembering that not all warts are created equal, have you ever had to remove warts and if so, which method worked for you best.