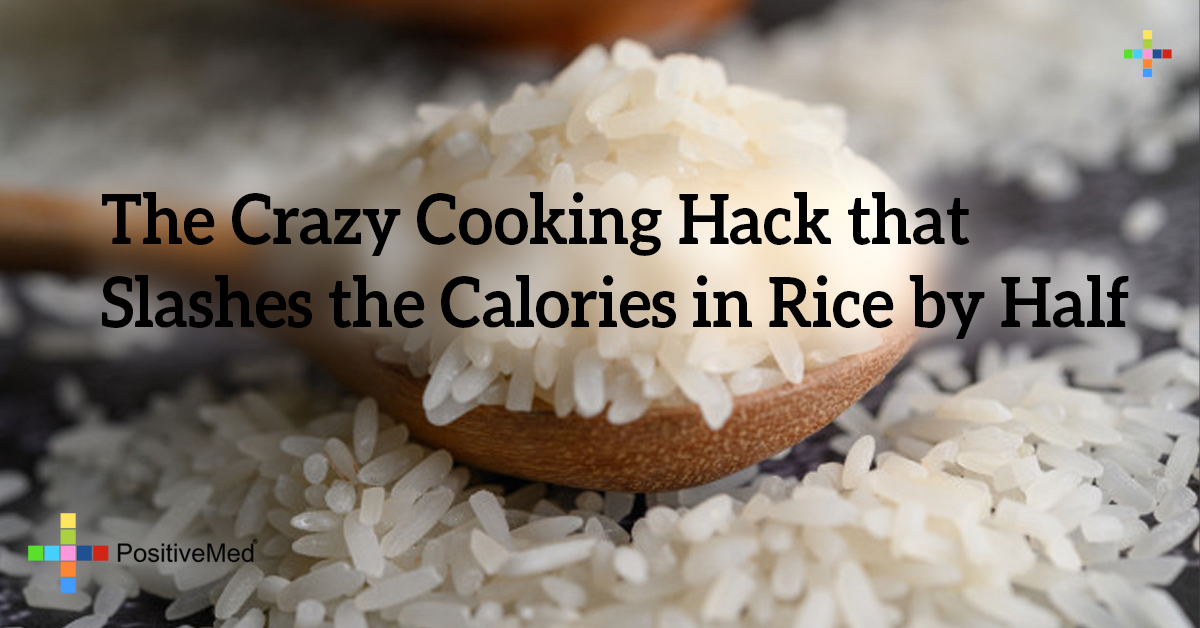 Opinions vary when it comes to the health benefits of white rice. Many claim that the stripping of its nutrients during processing voids its nutritional value, but white rice provides protein, calcium, iron, vitamin B6, and magnesium. It is rich in carbohydrates needed for energy, contains necessary amino acids, and has been shown to produce anti-inflammatory responses in the body.

Obesity rates, however, are continually on the rise, so finding ways to reduce calorie consumption has become an important aspect in terms of weight control.

It appears that researchers have been able to do just that with white rice. At the 249th National Meeting & Exposition of the American Chemical Society, it was suggested that by simply changing the way white rice is prepared, the calorie consumption can be cut by 50 – 60%.

Both the method and the theory are actually quite simple. The first step is to add 1 teaspoon of coconut oil to the boiling water per ½ cup of non-fortified white rice. Allow the rice to simmer for 20 to 40 minutes and then cool before refrigerating for 12 hours or more.

The researchers surmised that because excess sugar in the bloodstream is eventually stored as fat, they needed to find a way to create more of the resistant starch found in rice. You see, rice is made up of two kinds of starch – resistant and digestible. Because our bodies lack enzymes required to digest the resistant starch, they cannot enter the bloodstream and later become stored as fat.

The addition of the coconut oil actually creates resistance in the starch granules to the action of digestive enzymes. Allowing the rice to cool for 12 hours aids in encouraging this resistance thus decreasing the absorption of calories in the body.

The rice can be reheated before eating without reversing the benefits of the calorie reduction process, say researchers.

Researchers are continuing their testing to determine if the same results can be found using brown rice. They will also seek to discover if other oils may be used successfully. In the meantime, we can enjoy our white rice knowing that we are consuming fewer calories and with the added benefits brought to us via the coconut oil.

While coconut oil has previously had a bad rap, the tides are once again turning in its favor. The anti-bacterial, anti-fungal, anti-microbial, and anti-oxidant properties of coconut oil are unmatched. The tropical countries that have produced and consumed this oil have long known its benefits in relation to kidney and heart diseases as well as HIV, cancer, and diabetes. It also contributes to dental and bone health as well as weight loss and other positive health benefits.