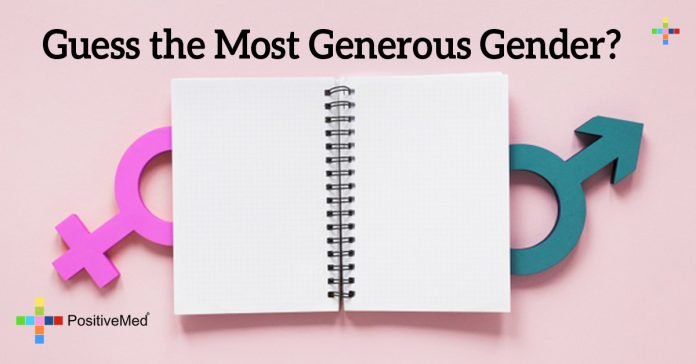 Guess the Most Generous Gender?

Female or Male: Which gender is the most generous?

Generosity is when a person is kind, giving, and unselfish. When people are in need, who do you see giving more often? Or during holidays, who gives more gifts? You may guess that women are the most generous in almost any scenario. Is it because they have more of a motherly persona instilled upon them or some other reason? The following studies show interesting results as to whether women really are more generous than men:

A 2012 compilation of records of charity, by Union College in New York, revealed some interesting gender differences in charitable giving. The records held 31 years of data suggesting that women are more likely to be generous in donating. Even though women gave more often than men, their donations were smaller.

There has also been an experiment on gender differences in generosity with door-to-door soliciting. The experiment was done in a wealthy neighborhood in Chicago. Generosity was measured by the amount of money donated by men and women. The results showed that the genders gave equally when they were not given warnings of the solicitors coming to their homes. However, when there were warning given more women that were generous. This suggests that women are only more generous when solicitor is hard to avoid. They tend to donate more because of social influences. On the contrary, men are not persuaded by social influences. This could be due to men having a simpler thought process. Men seem to be more focused on the issues at hand, whereas, women are emotional and can give in to a change of plans.