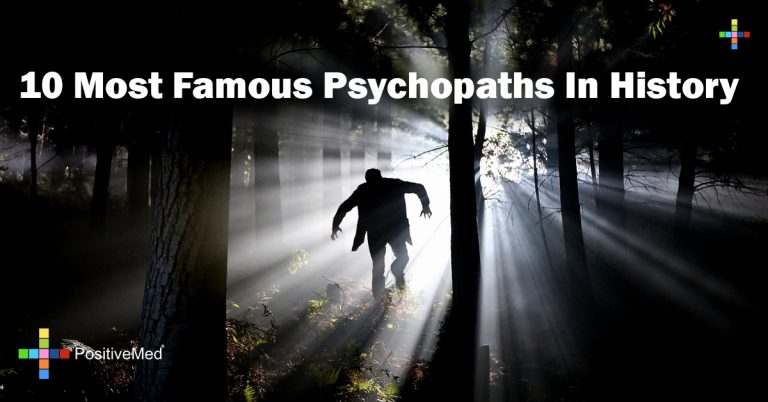 10 Most Famous Psychopaths In History

In the psychopathic doctor category, Josef Mengele takes top honors. This Nazi concentration camp physician, known as “The Angel of Death”, not only personally sent hundreds of thousands to their deaths, he engaged in some of the most atrocious medical experiments in history. He was one of the most feared and dangerous people in World War II history.

This Russian Tsar’s name says it all. Ivan was a cruel and paranoid leader whose notorious reign over Russia in the 1500s sets a high bar for psychopaths.  He was not only a ruthless ruler but was known to have killed his own son after an argument.

One of the most evil leaders in human history, Adolf Hitler is “psychopath” defined. There isn’t much to say which has not already been said. Millions of people were killed or tortured under his policies against the Jews and other people he deemed unfit.

With the Zodiac Killer, northern California was held hostage by a psychopath’s weird game. The Zodiac Killer murdered a series of women and enjoyed taunting the public with cryptic messages. The case remains unsolved. No one knows exactly how many women he killed nor why his reign of terror ultimately ended.

Every roster of history’s notorious psychopaths must note Jack the Ripper. In 1888, he terrorized London’s Whitechapel district by stalking and murdering a string of prostitutes under the cover of fog. This psychopath became famous, in large part, because his identity remains unknown.

England’s Henry VIII, who ruled the empire for half of the 1500s, was a highly successful psychopath. Despite beheading two wives and a host of other bloodthirsty acts, he pushed through significant government changes such as Divine Right, and led the Church of England’s secession from Rome.

No list of famous psychopaths would be complete with a cannibal. Eating other people is a definite sign someone has crossed into the darkside. 1980’s serial killer Jeffrey Dahmer’s crimes of cannibalism and torture were so disturbingly gross he will not soon be forgotten.

Going way back in time, we visit the ghost of Vlad The Impaler. In the 15th century, he was the last psychopath you would want to run across. A leader who ruled with terror, Vlad’s myth inspired the creation of literature’s psychopath Dracula.

This infamous psychopath from Wisconsin is our number two pick. Inspiration for the movie Texas Chainsaw Massacre, he lived in a ramshackled farm house. His serial murders were discovered in 1957. Gein created a bizarre collection of homemade relics fashioned from body parts of his countless female victims.

Topping our list our famous psychopaths is a Hungarian socialite who, seeking eternal beauty, bathed in the blood of her victims. Remembered as “The Bloody Countess”, she murdered over 600 girls and young women during her twenty year killing spree.