PositiveMed The Positive Side of Medicine
Home health infectious diseases You Won’t Believe What You Don’t Know About Ebola! 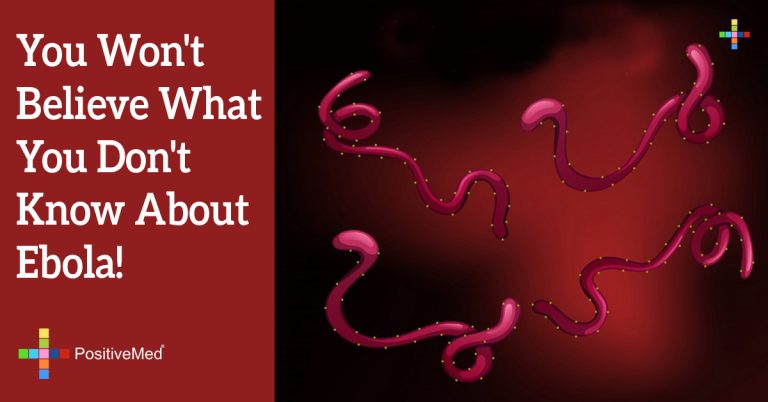 You Won’t Believe What You Don’t Know About Ebola!

The worst Ebola outbreak on record is currently unfolding in West Africa. It’s been a long affair that has killed more than one thousand people and has yet to show any signs of slowing down.

Ebola doesn’t mutate like other viruses, remaining nearly unchanged since its discovery in 1976, and thus isn’t expected to mutate. The current outbreak is not due to the virus changing but rather due to the environment that it’s in.

That being said, it’s very unlikely that anyone can catch Ebola from merely being on the same plane or in another public place with someone who’s infected. Ebola doesn’t travel through the air. In order to contract Ebola you have to touch bodily fluids like vomit, diarrhea, sweat, blood, urine, or semen of someone infected with the virus whether they’re alive or dead. Ebola can stay moving on the surface or fabric of something for several days, which means you can get it from inanimate objects that have been contaminated by these fluids, such as bedding, towels, and bandages. After the skin has contacted the virus, all you’d need to do to become infected with the virus is to get it into the body, such as touching food then eating it.

People who have contracted ebola aren’t contagious until they’re sick, which means they display symptoms such as fever, diarrhea, and aches and pains. These can be confused with other illnesses, however, such as general digestive upset or the flu. Some of the more serious symptoms of Ebola such as bleeding from orifices, will not appear until late into the virus and sometimes don’t occur at all.

The WHO (World Health Organization) has stated that the current Ebola outbreak has a survival rate of forty percent and good medical care is key to survival. The countries that are at the epicenter of the outbreak – Sierra Leone, Liberia, and Guinea – are some of the poorest of the world. Healthcare spending in those countries is very low, between forty to a hundred dollars per person per year. With a medical infrastructure that weak, it’s unsurprising there are reports of mistrust and fear of medical workers who are there to help during the outbreak.

Due to this, most of the work fighting Ebola in western Africa has been taken on by non-government organizations like Doctors Without Borders. Doctors Without Borders has been stating for quite some time it doesn’t have enough support. Their resources have already been stretched to their limits and international health authorities and organizations are struggling to control the outbreak.

Another factor hindering the survival of the current outbreak is the fact that this is the first Ebola outbreak in this region, which has made education and awareness difficult. There may be some hope or even more trouble for those infected, however, as the WHO has approved the use of an experimental and untested drug a legitimate way to try to combat the problem. As time goes on, we’ll learn more about the side effects and long-term implications of such an act.

We’re proud to announce that we donate 1 Dollar for every thousand visitors to our website to Doctors Without Borders to help eradicate Ebola and other similar health concern in Africa and other parts of the world.