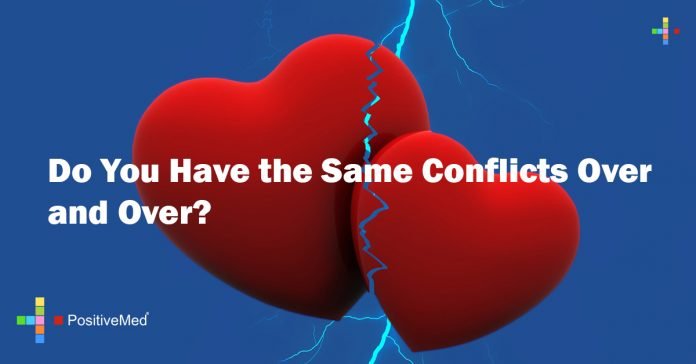 Do You Have the Same Conflicts Over and Over?

Discover why sometimes it is easy to resolve conflicts and other times it is impossible.

Kari and Rudy consulted with me because they kept having conflicts over the same issues – primarily money, chores and child-rearing. They were nearing the decision to separate, believing that they were incompatible.

I asked them to pick one of the issues, and they picked a recent conflict regarding setting limits for their children. I listened to them discussing the issue and I immediately understood why they could not resolve their issues.

I explained to them that there are always two levels of communication:

The issue itself, such as their conflict regarding limits for their children

The intent with which they were discussing the issue
There are only two possible intents in discussing an issue with your partner:

The intent to protect against losing yourself, losing the conflict, feeling rejected, or feeling controlled

There was no point in even trying to resolve their conflicts if one or both of them were in the intent to protect/control. There is no way to get anywhere when your focus is on winning, being right, being in control and not being controlled, or avoiding any other pain. As long as avoiding pain is more important to you than being loving to yourself and your partner, you will be closed and protected, and the conflict cannot reach a mutually satisfying resolution.

I worked with both Kari and Rudy on how each of them were protecting and controlling. Rudy tended to shut down and withdraw, becoming very quiet in an angry way, while Kari tended to get angrier and angrier the more Rudy shut down. Both of them were hurt in these interactions. Both ended up feeling unloved and disconnected from each other.

In order to open with each other, each of them needed to learn to tune in to their painful feelings of loneliness, heartache and helplessness in the face of the other’s protections. Each needed to learn to be compassionate about their own feelings, as well as the other’s feelings. Each needed to care more about themselves and each other than about whether they were right, or not wrong. It needed to become more important to them to stay open and caring than to avoid their painful feelings with their protective, controlling behavior.

Kari and Rudy worked hard with the Inner Bonding process to learn how to take responsibility for their own feelings rather than continuing to blame and try to control each other.

Finally, in a session a few months into their work with me, they were both open at the same time. They were shocked to experience how easy it was to resolve the child-rearing issue, as well as the other issues they’d been struggling with for years. Through their openness and caring about themselves and each other, they were able to learn so much about themselves and each other that new solutions emerged. They were delighted!

If you are stuck in resolving conflicts, then let go of the issues and look at your intent. I assure you that when both of you are open to learning about yourselves and each other, and want to support your own and your partner’s highest good, you will be able to easily resolve your conflicts. 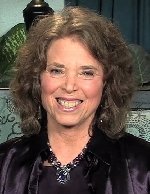