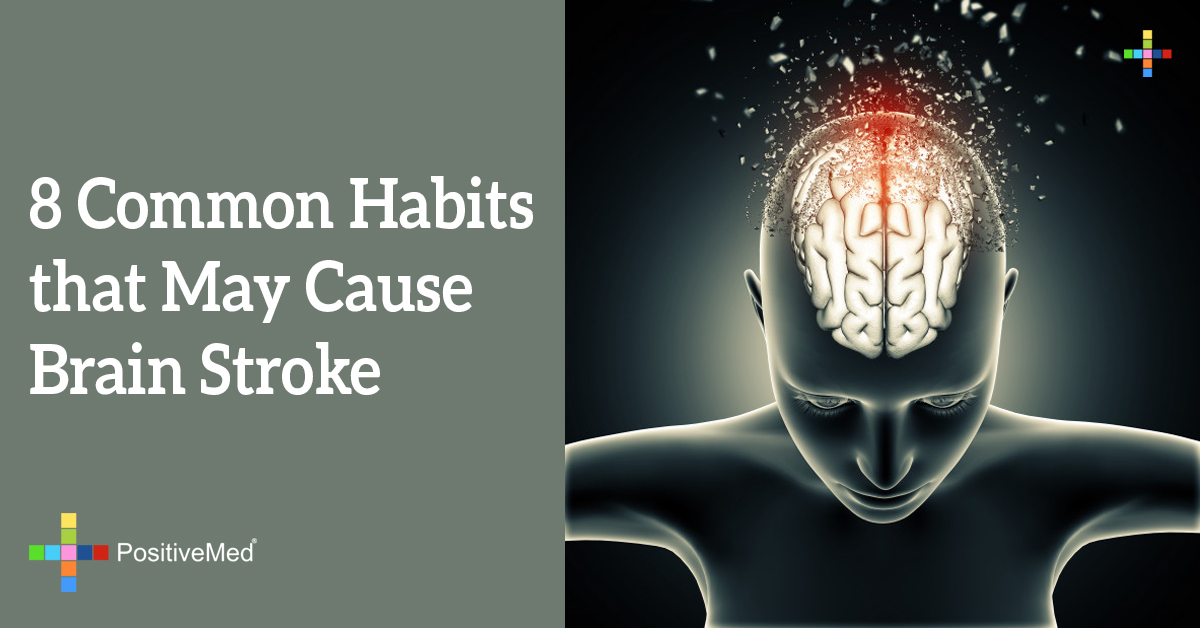 8 Common Habits that May Cause Brain Stroke

According to Dutch researchers there are at least 8 habits that have been identified as risk factors for a brain stroke, or aneurysm. These eight risk factors are the following:

These behavior increase blood pressure temporarily and allow the vein breakage into an aneurysm. To detect risk factors they performed a 3 year study on people that had suffered a stroke, performing intense research in what habits and attitudes were part of their routine before the stroke. Some of the interesting factors show that people who drank coffee had twice the risk of stroke one hours after drinking the beverage. The next high-risk habits were intense exercise, blowing your nose very hard, and having $e*[email protected] relations.

A stroke is an expansion of arterial walls of the brain, symptoms include vomiting, visual difficulties, loss of consciousness, and intense headache. Most of these symptoms are not noticeable until they are intense enough to make people stop their regular activities. When an aneurysm breaks it causes a brain hemorrhage.

With modern neuroimaging techniques its possible to detect aneurysms, however the causes of what produces this phenomonon are still unclear. Until now being a woman and hypertension were two risk factors most identified in clinical trials.

Around 2% of Americans, 6 million people,have brain aneurysms, most of them do not break. If people limit coffee they can reduce risk by 10%, or 4% if you begin taking laxatives. These hemorrhages cause death in about 1/3 of people who suffer an aneurysm, around 2 million people just in the U.S. and leave around 20% with chronic and permanent cognitive or motor impairment.

Most aneurysms don’t rupture, create problems, or have any symptoms. This is a double-edged sword, not feeling symptoms does not mean there is not damage occurring.
Stroke victims require intensive care and minimal stress.

Most aneurysms are treated with endovascular techniques such as coiling and stenting or a combination of both. Screening tests are run to determine the effects of the aneurysm, including cerebrospinal fluid examination, imaging, or computerized tomography. Some cognitive or motor impairment can be seen in those affected, including stiffness, paralysis, pain, or motor imbalances. Surgical clipping is a technique used for closing the aneurysm which is effective in most cases. This procedure has some risks to the brain such as blood flow damage. Once detected, most brain aneurysms can be repaired by microsurgery. This type of surgery is performed with the aid of a microscope and tiny instruments. During surgery, the aneurysm is identified and removed, whereupon it is closed wound.

If you have a first-degree relative who has been diagnosed with an aneurysm, you should undergo evaluation and exploration for aneurysms. In most cases it’s not inherited, there are cases in which more than one family member developed aneurysms.   A lifestyle that promotes the health of your blood vessels can also provide benefits for the prevention of aneurysms:
· No smoking
· Exercise regularly
· Eat a balanced diet
· Check blood pressure.