6 Hidden Carbs and Where They Are Lurking 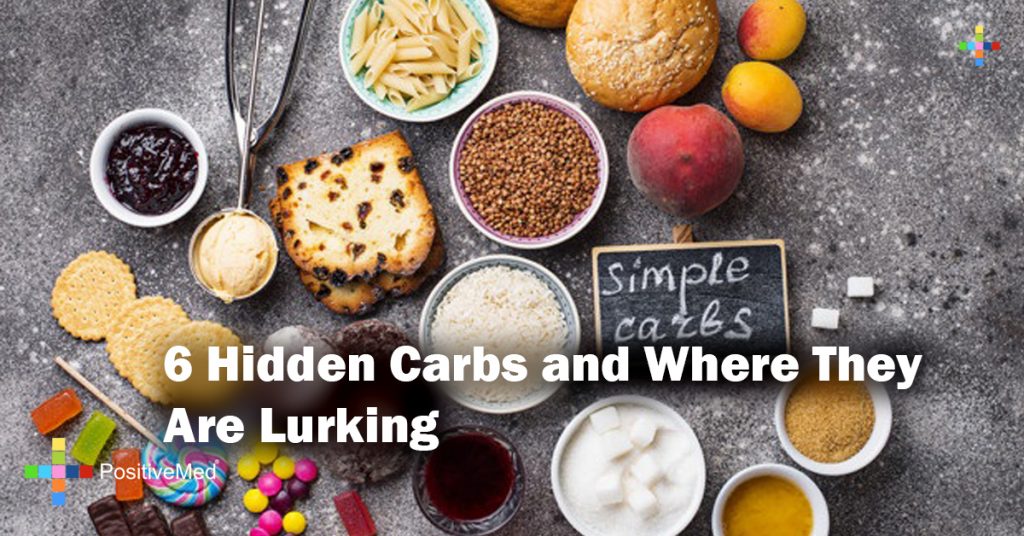 6 Hidden Carbs and Where They Are Lurking

If you’re on a diet, you are most likely cutting back on high carbohydrate foods such as bread, pasta and cake. However, there are hidden carbs lurking in 10 foods that you may not be aware of. These foods may be wrecking havoc on your diet, and you may be consuming more carbohydrates than you expected.

Milk substitutes are an easy way to gain unwanted carbs. While almond and soy milk are good substitutes to regular milk, the flavored varieties tend to have more sugar. For instance, with 23 grams of carbs, chocolate soy milk has almost double the amount of sugar as plain soy milk, which only has 12 grams of carbs. Go for the plain substitutes and avoid the sugar.

Yogurt is a perfect source of calcium, but typical yogurt has approximately 40 grams of carbs. Opt for a Greek yogurt with more protein and less sugar.

Condiments and dressings also contain hidden carbs. Salad dressing and barbecue sauce have sugar added that may cause your blood sugar to sky rocket. Portion size is important if you still want to include them in your diet.

Many foods that appear good for you have unexpected carbs. Baked beans, while containing fiber and protein, are loaded with 54 grams of carbs per serving. Moderation is key. Starchy vegetables such as peas, corn, potatoes and lima beans also contain a lot of carbs. Consider eating less starchy vegetables like broccoli, cauliflower, beans, peppers and more.

Watch out for breaded chicken, which contains a large amount of carbs. Chinese orange chicken is a great example with 146 grams of carbs in one serving. Opt for chicken that has not been breaded but still has plenty of flavor.

While you might think sugar free items are a perfect way to cut carbs, they can be misleading because they may contain just as many, or more, servings of carbs as the regular version.

Last but not least, two healthy snacks you might want to stay away from are protein bars and dried fruit. While both may sound pretty healthy, they are loaded with carbohydrates. Instead, opt for fresh fruit and peanut butter to pack the protein without the carb overload.

Always read your labels to know the amount of carbs you are consuming. Unused carbohydrates turn into fat in your body, which adds to unwanted pounds. Know what ingredients to look for, and read the label for carbohydrate and sugar content before you put food into your body. Hidden carbs are lurking in foods everywhere, so it is up to you to start looking for them.