10 Things you should Know about Epilepsy 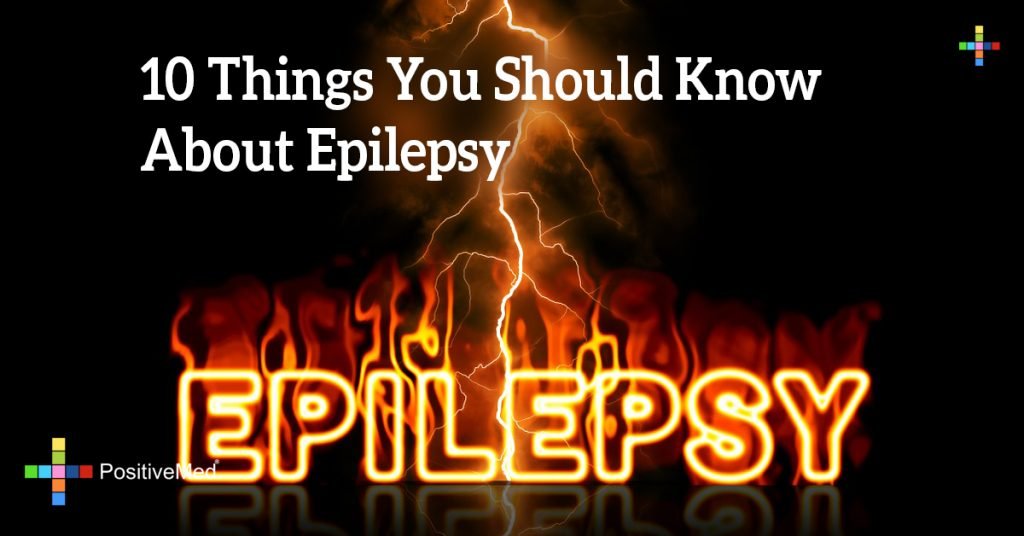 10 Things you should Know about Epilepsy
By PositiveMed-Team
Edited By: Stephanie Dawson

1. A seizure disorder is epilepsy

Some use the term seizure disorder in an attempt to separate themselves from any association with epilepsy because of their fear. Epilepsy and seizure disorder mean the same thing. A person who has had two or more seizures that are not provoked is said to have epilepsy or a seizure disorder.

Certain factors like extreme fatigue, use of sleeping pills, sedatives, or general anesthesia can also cause temporary disturbance to brain function. However, brain damage would mean that brain structure has gone wrong permanently which is not the case in epilepsy.

3. People with epilepsy are not usually cognitively challenged

Some think that people with epilepsy are intellectually or developmentally challenged but that is not true in most cases. People with epilepsy have different intellectual abilities just like any other group of people. They lead productive lives and have normal intelligence. However, people having epilepsy associated with brain injuries may experience neurological difficulties that can affect memory, thinking, or other abilities.

4. People with epilepsy are not crazy or violent

Its unfortunate that people with epilepsy are often believed to be mentally ill or violent. The fact is that people with epilepsy are not more aggressive than other people. Certain immediate after-effects of seizure can be considered violent or odd behavior. Police officers and medical personnel at times are unable to differentiate seizure-related behaviors with other problems. These behaviors are caused by semiconscious and confused actions resulting from the seizure.

5. People with epilepsy are not mentally ill

Mental illness is completely different from epilepsy and no mental health problems are caused from epilepsy. However, problems with mood such as anxiety and depression may be noticed in people with epilepsy. This may happen as the cause and location of seizure may affect certain brain areas as well as contribute to mood problems.

6. Epilepsy is not necessarily inherited

Epilepsy is generally not inherited, even though some types are genetically transmitted. Seizure medicines can easily control most of these types.

7. Epilepsy is not a life-long disorder

Usually people with epilepsy have seizures and medication for a small portion of their lives. About 60% of people who develop seizures have epilepsy which is easy to control and generally goes away.

8. Epilepsy is not a curse

Epilepsy should not be associated with any type of curse, possession, or any other supernatural processes as it has nothing to do with these. Epilepsy is a medical problem just like asthma, diabetes, or high blood pressure.

9. Epilepsy should not be a barrier to success

One can lead a normal, happy, and full life even if they have epilepsy. However, the quality of life may be affected due to factors like severity of seizures and effects of medication. A positive outlook, supportive environment, and good medical care can all help to live a happy life.

10. People with epilepsy are not “epileptics”

Defining a person with one trait or problem is hurtful, the word epileptic should not be used to describe someone who has epilepsy.