PositiveMed The Positive Side of Medicine
Home psychology Body Image Junk Food Portion Sizes are Increasing, So Are Waistlines 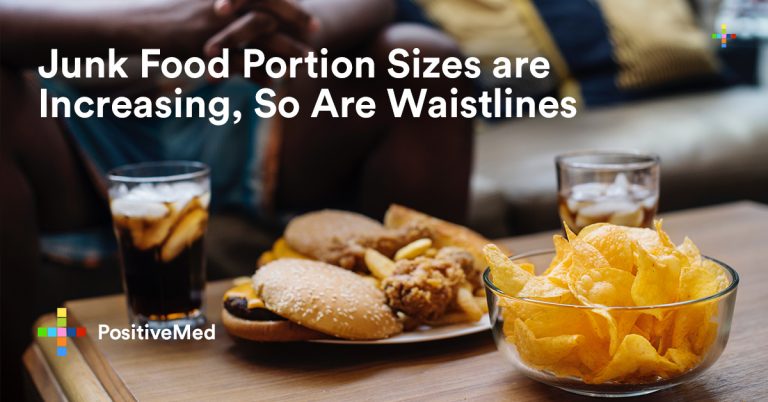 This year, The George Institute for Global Health in conjunction with its clinical research division, George Clinical posted the findings of an ongoing research project into the junk food portion sizes in Australia. The results showed that Australians are eating increasingly larger portion sizes of these types of foods filled with fats, sugars, and salt. Junk food should be eaten in moderation, but instead, growing portion sizes are causing waistlines to grow as well.

About the Research Study

The researchers explained that these findings are particularly disturbing because discretionary foods contribute to about a third of Australia’s daily energy intake. Dr. Miaobing Zheng from The George Institute for Global Health was a research fellow for this study and is quoted as saying, “We had expected portion sizes to have grown but we were still surprised by just how much. It’s pretty disturbing that an average slice of cake has increased in size so much it now contains almost 1000 kilojoules more than it did two decades ago.“

Related Link: Current State of Obesity in the United States

The participants in these surveys were asked to record and self-report everything they had eaten in a 24 hour period and was given photos and measuring guides so that there would be accurate in the measurements and sizes reported. The data also recorded demographics including ages and sex. This highlighted some disparity between men’s and women’s eating habits.  For example, they discovered that ice cream serving sizes increased by almost ⅓ for women, but not for men.

Dr. Zheng also adds, “We know that people often under-report the amount of food and drink they consume, especially if they consider them ‘bad’ foods. So the true picture of what Australians are eating could be much worse.” The study co-author was Beth Meertens, of The Heart Foundation; she says, “There has been some success in this area, but there’s lots of work to do. We need the community to understand how portion size may influence the amount of food they eat and to think carefully about how they choose their food portions. But, more importantly, we need an environment which supports and encourages those choices. We need to work with the food industry to reduce the size of the products which have increased over time and increase the portions of healthy foods.

The study’s researchers concluded that the industry and Australians should be empowered with this information to improve upon portion sizes for unhealthy foods.

In 2007, The George Institute for Global Health launched George Clinical, a leading contract research organisation (CRO) in Asia. George Clinical is the first and largest commercial enterprise from the institute. George Clinical is headquartered in Sydney, Australia but has operational hubs in ten other countries. George Clinical delivers the full range of clinical trial services across all trial phases and in a variety of therapeutic specializations. George Clinical has contributed directly to several landmark clinical trials, the results of which have changed clinical practice. In addition to testing medications, a large part of their clinical research studies is about food and how unhealthy food intake negatively affects overall health and how that impacts cardiovascular health, diabetes, and stroke in patients around the world.