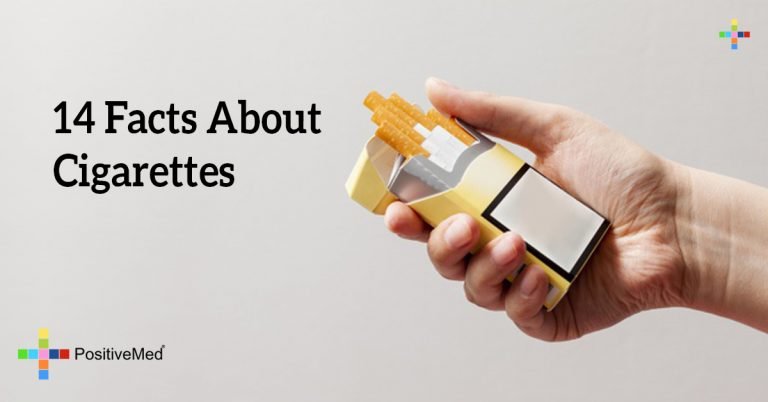 Although once considered cool and glamorous this practice is now known as a nasty addictive habit that can kill you and those around you. Here are 14 facts about smoking:

2- Urea, a chemical compound that is a major component in urine, is used to add “flavor” to cigarettes

3- Cigarettes can contain more than 4,000 ingredients, which, when burned, can also produce over 200 ‘compound’ chemicals. Many of these ‘compounds’ have been linked to lung damage.

4- Sugar approximates to roughly 20% of a cigarette, and many diabetics are unaware of this secret sugar intake. Also, the effects of burning sugar are unknown.

5- For every person that dies from a smoking-related disease, there are 20 more who suffer from at least one serious illness associated with smoking.

6- Nicotine reaches the brain within 10 seconds after smoke is inhaled. It has been found in every part of the body and in breast milk.

7- Smokers often smoke after meals to allow food to digest more easily, this works in fact, because the body’s priority moves away from the digestion of food in favor of protecting the blood cells and flushing toxins from the brain.

8- Scientists claim the average smoker will lose 14 years of their life due to smoking.

10- Tobacco use is the leading preventable cause of death.

11- The American brands Marlboro, Kool, Camel and Kent own roughly 70% of the global cigarette market, In 2013, states will collect $25.7 billion from tobacco taxes and legal settlements but are spending less than 2 percent of that on tobacco control programs.

12- The immune systems of smokers have to work harder every day than non-smokers. As a result, a smokers’ blood will contain less antioxidants, although a smoker’s immune system may be quicker to respond to virus attacks due to its more active nature.

13- Smoking bans in many parts of the world have been employed as a means to stop smokers smoking in public. As a result, many social businesses have claimed a significant drop in the number of people who go out to pubs, bars and restaurants.

14- Smokers generally report a variety of after-effects such as calmness, relaxation, alertness, stimulation, concentration and many others. In fact, smoking will produce a different effect in each individual depending on what they expect from it, turning a cigarette into the world’s most popular placebo.

Are you sure you want to light up another cigarette?