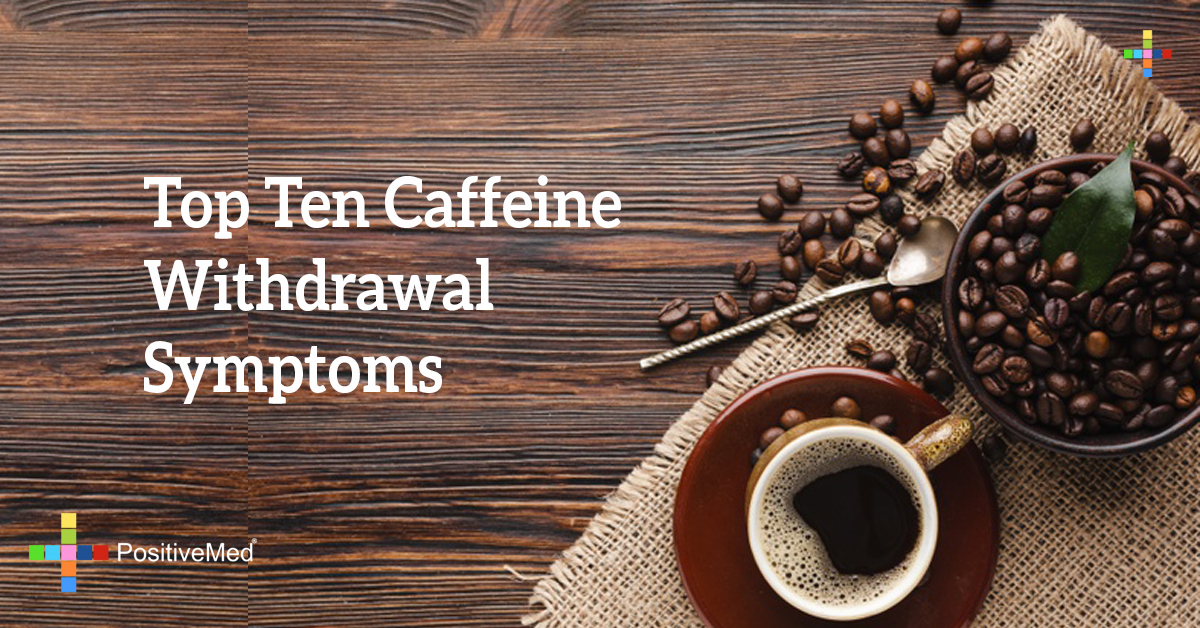 Are you are aware of how addicting caffeinated beverages can be?

Caffeine withdrawal is now a recognizable disorder according the latest version of the Diagnostic and Statistical Manual of Mental Disorders.
The detoxification of caffeine presents many symptoms, which can be noticed after quitting caffeine even if it was only consumed for a few days in a row, but these symptoms only last a few days to a week so there’s light at the end of the tunnel.

1. Headache: usually starts behind the eyes and then moves up the front of the head

2. Sleepiness: not the regular tiredness, this is sitting up straight but still can’t keep your eyes open tiredness

3. Irritability: let me put it this way…It’s best just to lock yourself in your room during this stage

4. Lethargy: you may be unmotivated to do anything

5. Constipation: caffeine stimulates the bowel, the colon gets a little cranky without its daily dose

6. Depression: temporary blues, unless you already suffer depression then it can go wrong

7. Muscle Pain/Stiffness: you could feel as though your muscles have weights strapped to them

8. Lack of Concentration: you could try, but for the first two or three days, its useless

10. Insomnia: some people can’t sleep when going through caffeine withdrawal