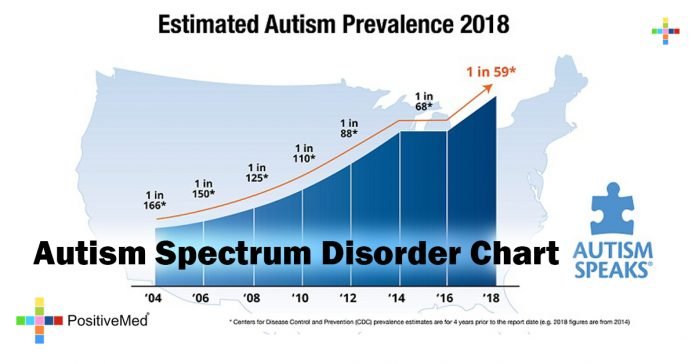 Autism spectrum disorder is known as a complex developmental disability and includes conditions previously called autism, pervasive development disorder, and Asperger’s syndrome, presented during the first three years of a person’s life.
Even though the causes are not known, it is believed that the condition is the result of a neurological disorder that has an effect on normal brain function, affecting development of the person’s communication and social interaction skills.
This can cause problems with verbal and non-verbal communication (not speaking or very limited speech, loss of words, difficulty expressing basic wants and needs, poor vocabulary, among others) social skills (poor eye contact with people and objects, poor play skills, being overly focused on a topic or objects that interest them, problems making friends, crying and becoming angry or laughing for no reason) and reacting to the world around (not paying attention to things the child sees or hears, problems dealing with changes in routine, using objects in unusual ways, no fear for real dangers)

The following chart reveals the amazing truth about this disease and its growth in America over the last several years, it is very important information, since in many cases it is not diagnosed and can cause many social and mental problems to the person at a later age, intervention should begin when the child is young, early intervention and preschool programs are very important.
The following chart has a lot of general information that will help you and advise you on what to do, even what to avoid, such as certain foods, for any child that may have autism: