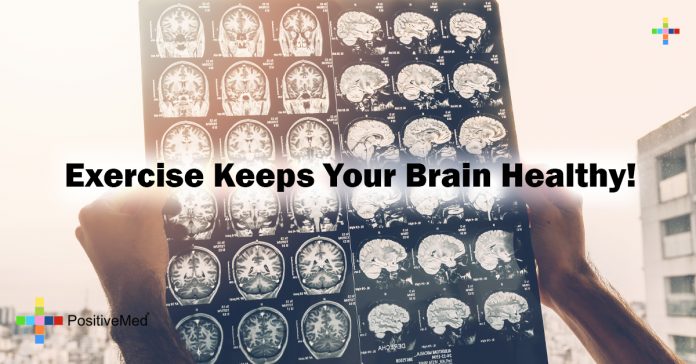 Another great reason to stay active, and if you’re sedentary, to get more active! This study was done looking for more ways to prevent Alzheimer’s as reported by NBC. Seniors who stay active use important parts of the brain keeping them active and blood flowing properly.

The studies show that active people have 5% more active gray matter than their non-active counterparts, an important distinction according to scientists and other studies, having more active gray cells translates into lower risk for Alzheimer’s.  According to Dr. Cyrus Raji of the University of California in Los Angeles, it’s easier than you might think to lower your chances of getting the disease.

Raji’s team looked at the records of 876 adults, who were recruited into a larger study on heart health starting in 1989. They all got magnetic resonance imaging (MRI) brain scans in 1998 and 1999, when they were on average 78 years old, and filled out detailed questionnaires on exercise and other types of activity.

The researchers found a huge difference in the amount of activity people reported. They were asked about everything from cycling to yard work, dancing and bicycle riding.

The MRI’s showed most of the neurological changes to be present in the hippocampus, which is one of the most damaged ares by the disease process. By strengthening this area and others with an active lifestyle researchers say you can reduce your risk of Alzheimer’s.

The common conception has been for retirees to relax and take it easy, that does not mean parking your bottom in a recliner. Get some aerobic activity every day, take a dance class, stay active, do things you always wanted to do but didn’t have time for.