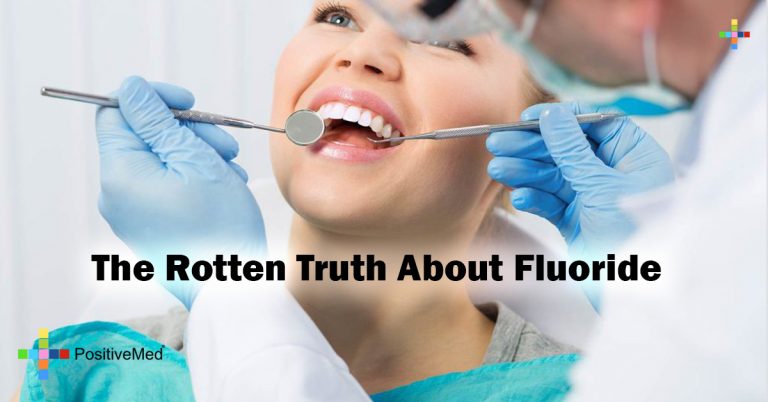 The Rotten Truth About Fluoride

Fluoride has long been touted as a wonderful, necessary part of healthy water, it supposedly helps prevent tooth decay, builds strong bones, and we should never be without it. All of that information is wrong. Fluoride is a substance toxic enough to be used in rat poison and insecticides.

Many years ago the cost of disposing of this crude chemical by-product of the aluminum and fertilizer industries became outrageous, so a scientist was hired who “discovered” the use of fluoride in drinking water to be both safe and beneficial. Years later this same scientist admitted his science was “shaky at best.”

Fluoride is more toxic than lead and slightly less toxic than arsenic, although, as yet, no one is putting these in our water supply. Even the ADA is now recommending no fluoride use in infants under one year of age. Other countries are banning the use of it in infant formula, although many U.S. experts still claim it to be safe. The CDC stated of fluoride: Recommendations for Using Fluoride to Prevent and Control Dental Caries in the United States, says on page 4, 5th paragraph, “that fluoride’s predominant effect is after the tooth comes into the mouth and on the surface of the tooth.” So why are we still ingesting it?

Fluoride is a multi-system poison, despite propaganda to the contrary, fluoride has no known place in human metabolism and increases disease in those exposed to it. It is toxic to the brain, kidneys, bones, teeth, causes bone and other cancers at levels far lower than those permitted in water and has no known positive impact on human health despite oft-repeated but deeply flawed research claims to the contrary.

“Fluoridation attracted opponents from every point on the continuum of politics and sanity. The prospect of the government mass-medicating the water supplies with a well-known rat poison to prevent a nonlethal disease flipped the switches of delusionals across the country – as well as generating concern among responsible scientists, doctors, and citizens.

“Actually, many of the strongest opponents originally started out as proponents, but changed their minds after a close look at the evidence. And many opponents came to view fluoridation not as a communist plot, but simply as a capitalist-style con job of epic proportions. Some could be termed early environmentalists, such as the physicians George L. Waldbott and Frederick B. Exner, who first documented government-industry complicity in hiding the hazards of fluoride pollution from the public. Waldbott and Exner risked their careers in a clash with fluoride defenders, only to see their cause buried in toothpaste ads.”

Many reputable studies have been performed that show no correlation between fluoridated water and prevention of dental caries. The New York State Attorney General has expressed support for banning this dangerous but widely used pesticide. Fluoride contamination from either natural sources or its addition to liquids and products used by children results in dental fluorosis, a permanent mottling of teeth which is both cosmetic and structural, and similar structural damage to bone associated with increased fractures, osteoporosis (bone loss) and demineralization of bone. IQ loss and other neurological damage is due both to the fluoride itself and the dangerous interaction of fluoride with lead since fluoride renders lead even more toxic to the brain. Fluoride with lead leads to loss of higher cognitive functions including decision-making and IQ.