PositiveMed The Positive Side of Medicine
Home infographics Monkey See, Monkey Do 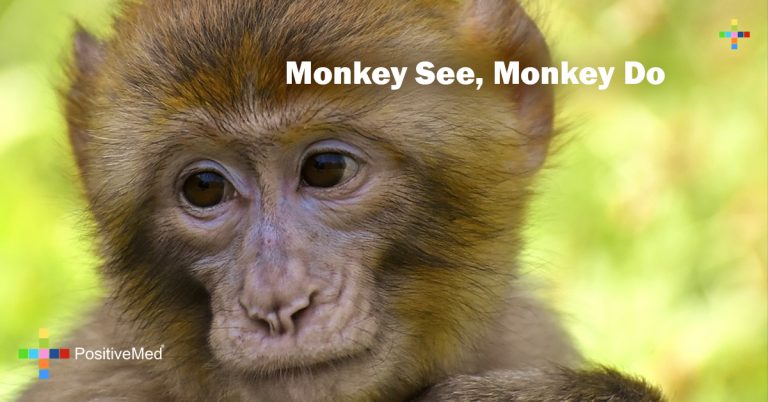 It’s amazing what we can learn from monkeys, just like it’s amazing what children learn from us. Think about what you are teaching, think about the lessons you are passing on to those who come after. After all, we don’t have the excuse,”they’re wild animals, what do you expect?” We are supposed to be a civilized race, I hope someday we are.

This very interesting experience was performed in the late 1960s and here is a citation from the experience:

Below is a quotation from the experiment, in scientific Jargon: (sources cited below)

“Stephenson (1967) trained adult male and female rhesus monkeys to avoid manipulating an object and then placed individual naïve animals in a cage with a trained individual of the same age and sex and the object in question. In one case, a trained male actually pulled his naïve partner away from the previously punished manipulandum during their period of interaction, whereas the other two trained males exhibited what were described as “threat facial expressions while in a fear posture” when a naïve animal approached the manipulandum. When placed alone in the cage with the novel object, naïve males that had been paired with trained males showed greatly reduced manipulation of the training object in comparison with controls. Unfortunately, training and testing were not carried out using a discrimination procedure so the nature of the transmitted information cannot be determined, but the data are of considerable interest.”