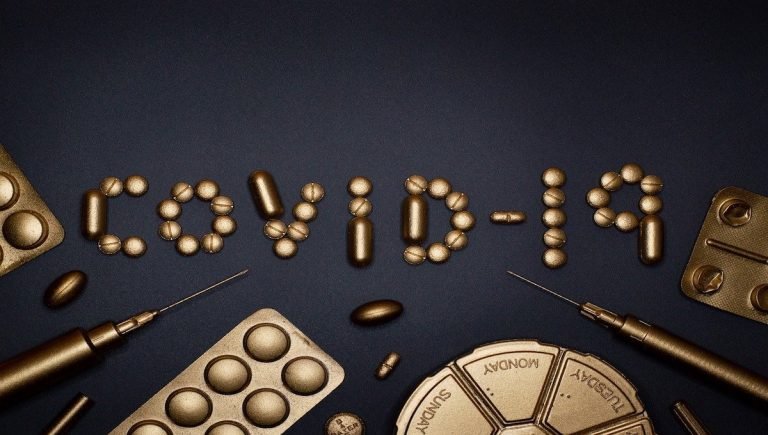 One of the best features of AI, especially when used for science, is that it’s fast and efficient. Due to the global coronavirus spread, these days, AI has been utilized in medicine often. Recently, AI is screening billions of molecules for coronavirus treatments.

How much time would take evaluating 1 billion small molecules for their ability to bind SARS-CoV-2 proteins on casual computers? On the largest of them, probably around a decade. AI has shown us an amazingly variated speed in that matter. The work moved quickly. In a pandemic, “there are many drug candidates people would like to screen and, even with the proliferation of cloud and supercomputers, there just wouldn’t be enough computing to test them all” – says Shantanu Jha, a computational scientist at Rutgers University and Brookhaven National Laboratory. Together with his colleagues, they have integrated machine learning into the simulations they run on the supercomputers. It allows the programs to adapt to new information that gets uncovered as they run, thereby producing lists of candidate small molecules, much faster than traditional supercomputing methods.

COVID-19 cases continue to rise. The common ground that physicians from all over the globe seem to follow is repurposing existing drugs. The goal is clear – we need to find a cure that will help patients immediately get better. In a pilot study at the end of March, twelve COVID-19-infected people were admitted to the hospital in Italy. They received a daily dose of the rheumatoid arthritis drug, baricitinib, and an anti-HIV drug combination of lopinavir and ritonavir. Another study group of 12 received only lopinavir and ritonavir. Both groups were using it for two weeks. After the treatment, the patients who received baricitinib had mostly recovered – no coughs, no fevers, no short breath. Seven of them had been discharged from the hospital. The group who didn’t get baracitinib was still exhibiting symptoms. An artificial intelligence (AI) company based in the United Kingdom, BenevolentAI, was crucial to conduct this study.

The team completed the work in only a few days

Justin Stebbing, an oncologist at Imperial College London and BenevolentAI collaborator, claims AI “makes higher-order correlations that a human wouldn’t be capable of making, even with all the time in the world. It links datasets that a human wouldn’t be able to link”. BenevolentAI’s vice president of pharmacology, Peter Richardson, says that it took him only an afternoon of work to use the company’s knowledge graph – an enormous, digital storehouse of biomedical information and connections inferred and enhanced by ML – to identify two human protein targets to focus on, AP2-associated protein kinase 1 (AAK1) and cyclin g-associated kinase (GAK).

These kinases mediate endocytosis – a process by which cells engulf things, including viruses – and, if disrupted, might make it harder for SARS-CoV-2, the virus that causes COVID-19, to get into human cells. Having addressed those targets, they used another algorithm to find existing drugs that could hit the protein targets. The whole process took a few days – a situation impossible to imagine just a few decades ago when AI hasn’t been born yet.

Next steps to succeed with AI-derived treatment

Eventually, the researchers cut the list of drugs for coronavirus down to about 30. Among the handful of those that showed the highest affinity for binding their targets (like toxic chemotherapy drugs, and others) baricitinib won clearly. The side effects were mostly benign and showed up after a longer period of treatment than COVID-19 patients need. It’s not metabolized by the liver and is instead excreted through the kidneys. It means that it might be safe to combine it with a traditional antiviral (such as lopinavir) that is metabolized by the liver. In addition to baricitinib’s predicted interactions with AAK1 and GAK, it’s a known Janus kinase (JAK) inhibitor. Because JAK mediates cytokine signaling that leads to inflammation, inhibiting JAK suppresses inflammation, which, at first blush, might have been a problem. Baricitinib not only prevents the virus from getting into cells but also reduces the intense immune reaction that causes so many problems, even as viral titers start to fall.

The pharmaceutical company takes up the AI idea

Eli Lilly, the pharmaceutical company that makes baricitinib, has agreed with the National Institute of Allergy and Infectious Diseases to study the drug’s effectiveness in COVID-19 patients in the US. The BenevolentAI team is one of several groups leveraging AI to find drugs that have already been approved by regulators and could, therefore, be repurposed to fight SARS-CoV-2.

What to believe in?

Coupling artificial intelligence techniques and algorithms with high-performance computing simulations to speed up the ability to screen billions of existing drugs for their interactions with and ability to disrupt SARS-CoV-2 proteins – this is what scientists do these days. Thanks to great minds and AI systems, the effectiveness of drugs against coronavirus will save a great number of lives.