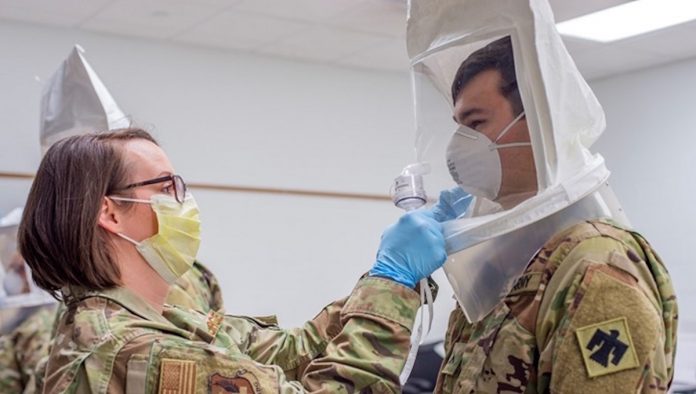 As time goes, Eric Trump seems to be more and more eager to attract the attention of the public. Before, it was just a Trump son making headlines for his commentary about American politics. Now, in an interview he gave to Fox News, he becomes more creative than that. Should we congratulate him for an upgrade or just the opposite?

What does coronavirus have to do with politics?

Eric offered up his private theory in the politics and coronavirus department. Let’s move straight to the quote, and then we will try to break it down and… understand. “They think they’re taking away Donald Trump’s greatest tool, which is being able to go into an arena and fill it with 50,000 people every single time, right. […] So they will and you watch.

They’ll milk it every single day between now and November 3, and guess what? After November 3, coronavirus will magically all of a sudden go away and disappear and everybody will be able to reopen”. Well, if everything on this planet circulates around one person, then probably yes. States with Democratic governors are slowly reopening, after stay-at-home orders over the past few months, not to avoid a second surge in the coronavirus, but rather to keep President Donald Trump from holding campaign rallies. Is that what you mean Eric?

Who wants and who doesn’t want gatherings?

Why have some states been so slow to fully reopen as the coronavirus continues to circulate in the country? The question itself sounds internally contradictory, but who cares at that point. Eric’s father, the current president of the United States, has been equally eager to gather crowds and hold campaign rallies: ‘It’s great for the country. It’s a great spirit. I hope we’re going to have rallied. I think they’re going to be bigger than ever’. If the President’s son’s direct suggestion that Democratic governors are keeping their states from fully reopening (in the times of coronavirus, let’s underline that) to stop his dad’s rallies wasn’t scandalous enough, there is more of it!

A bit of magic

‘After November 3, coronavirus will magically, all of a sudden, go away and disappear and everybody will be able to reopen.’ – the second winning line goes like this. And this line wins the title, as it’s really a piece of art. What will happen exactly, Eric?

Let’s see what’s the problem. According to the author of the quote above, every governor of a state that is not fully reopened, is covering up the fact that coronavirus is, in fact, not all that bad, especially in their state. Why are they continuing to prohibit Donald to organize rallies, which he likes to hold so much? This is the reason – they want to stop him from doing it.

In this optics, the guidance being offered by doctors, epidemiologists, and public health experts that we need to continue social distancing, mask-wearing and other measures proven to lessen the spread of the virus is all crap. According to Eric’s theory, if we go further, as we should because the word has been said,  the only reason these states aren’t opening is that their governors are out to get Trump.

Well, it’s understandable that if your father repeats to you for your whole life that everything that happens in the world is somehow linked to him, you will believe him one day – whether you want it or not. Also, it has nothing at all to do with the coronavirus which will probably “magically all of a sudden go away and disappear” after Election Day. That’s even more strange if you recall that some time ago coronavirus existed for 100% and was a firm reason to boycott China.

Moreover, this isn’t some random Eric Trump surrogate on the local news making a wild accusation about governors hiding the truth about a global pandemic. This is the President’s son saying it on the flagship TV station across the country. Without any fact-checking or questioning himself. Does it remind us of anything? Here’s how the TV interlocutor responded to Eric Trump’s conspiracy theory: ‘I mean, it’s clearly – it’s no longer, you know, for a while it was about the science and the non-believers and all of that, but it’s right down the middle in terms of left and right.’ It looks like a case worth observing, preferably by doctors.