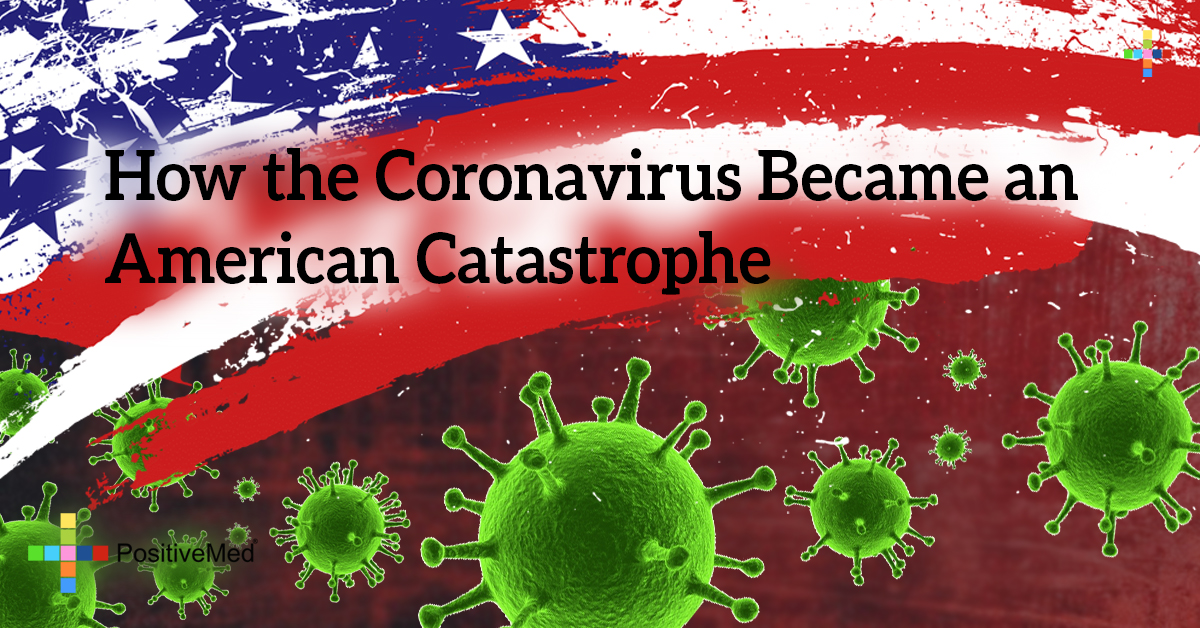 Surprisingly, almost every country goes through the same path when it comes to wide spreading COVID-19, even if things have been happening for long over the timeline. At first, it’s hard to believe it happened to us. Then, there is denial. That order of appearance of reactions takes place everywhere, not only in the USA where coronavirus currently becomes a catastrophe. Yet, more often than not, we could have avoided many damages and deaths if only things weren’t ignored for such a long time before. Let’s take under the magnifying glass the American catastrophe and a plenitude of deaths sweeping the United States at present.

Data from the Centers for Disease Control and Prevention reveals huge governmental misunderstanding when it comes to what, and when was happening in the US during the crucial moments of the outbreak. The main issue that many nations are forced to face sooner or later is preventive testing. What would happen if the US had started testing for the virus sooner? It’s likely that the virus began spreading in the United States in January. At the point when 15 Americans tested positive for COVID-19, everything could have still gone differently. It was on the last day of February 2020 – America’s last chance at containing COVID-19. On March 21st, about three weeks later, more than 17,000 people already tested positive. What has gone wrong in the meantime?

Whereas seventeen thousand infected people are already quite a big number, specialists estimate an even larger sum to come up soon. The underestimation results from the tests not yet done, in other words, from undetected infections. Some scientists estimate that the new coronavirus has already infected an approximate of 87,000 Americans. The outbreak’s massive spread is still about to come. The previous outbursts in other countries show that unless aggressive action is taken now, the coronavirus has the potential to cause deaths of 2.2 million Americans fairly soon.

What did the USA government do when the city of Wuhan (China) overrun with COVID-19 sick people? For starters, foreigners were banned from entering the country, if they visited China. At the same time, Americans returning home weren’t monitored half as consequently and consistently. The president laughed off the virus, saying many more people had died of the flu in the US than have been reported killed by a coronavirus. All that, despite receiving warnings from his officials. The White House kept conducting its “business as usual”, not willing to change their routine. Democrats call COVID-19 the “new hoax”, and we are in trouble. The citizens’ polarize their response to precautionary public-health information.

Profitable and overseen outcomes of testing

Not enough people have been tested for COVID-19. Outcomes of testing are specific and usable pieces of information: how to triage patients and hospitals when preparing their wards, how to gauge the severity of a local outbreak, how to allocate scarce masks and ventilators, how many people are sick right now? Without testing, there is only one measure left: counting the dead. The first person died of coronavirus in the US on February 29. By then, only 472 people were tested. Tests for coronavirus are America’s Achilles’ heel, the crack in the system that makes the US health situation worse.

What’s more, at the time when the testing process started, available testing kits had a nonfunctioning ingredient. The virus was already spreading, so every moment was important. Eventually, the Food and Drug Administration held up independent labs that had made their tests. Still, states and hospitals lacked the supplies to diagnose even a dangerously ill patient. The market began to collapse. By then, barely 1,000 people were tested. State officials unchangeably clung to restrictive rules of testing solely patients traveling internationally or exposed to the direct contact. The coronavirus was already spreading in American offices, daycares, and movie theaters. Doctors and nurses with all the symptoms of COVID-19 who could not prove exposure didn’t have a chance to get tested either.

What about… systems for pandemic planning?

The number of infected Americans doubles every six days of non-testing practice. The perfectly prepared systems for pandemic planning could have launched on, protecting millions of Americans and containing the illness, if only the testing part was covered. To contain the spread, you need to have some idea of where the disease is, early on in the epidemic. It didn’t happen in the USA. That’s why the new coronavirus has been so successful.