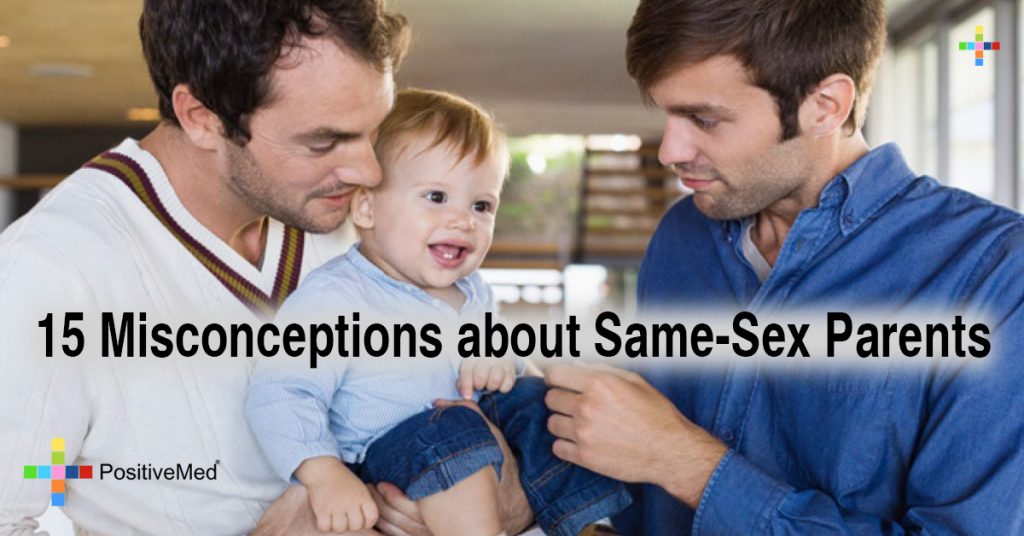 During pride month, we should honor the strides that the LGBTQ community has made throughout our society. One way we can do that is by continuing to break down common myths and misconceptions around same-sex parents, marriage, and also same-sex parenting. Here are 15 misconceptions we can clear up.

1. Children of Same Sex Parents Will Be Singled Out
In a world where anyone can be bullied for anything that makes them stand out, it is not a strong argument to say children of an LGBTQ couple will face any more adversities than others.

2. Gay Couples Parenting Is Identical To Straight Couples
There are some differences and pretty positive ones too! Some studies have shown a tendency for more encouragement to pursue typically gender restricted professions.

3. Same sex parenting Is Harmful To Children
In several studies conducted, no evidence was found that showeda difference in the psychological well-being of same-sex parents.

4. Homosexuality Comes From Sexual Abuse
No correlation has been found between homosexuality and childhood sexual abuse in scientific studies.

5. Sexual Orientation About Sex
Choosing your partner is about more than just sex. It’s about emotional, physical and mental compatibility and connection. The same goes for same-sex marriages.

6. All Same Sex Parents Are Similar
There is no limit to variations of backgrounds, socio-economic upbringing, professions, lifestyles, and culture in the LGBTQ community.

7. There are Male/Female Roles Within Same Sex Couples
Many same sex couples simply choose to take over the tasks that suit them as individuals, not based on gender roles.

8. Same-Sex Marriages Is a New Thing
Same-sex marriages happened in Ancient Rome, pre-colonial Africa, and many other cultures.

10. All Religion Opposes Same-Sex Marriages
Some don’t support gay marriage, but even within long-opposed religions, there are now groups moving to create acceptance around homosexuality and same sex marriage.

11. The Child Will Suffer Psychologically Without Both A Man And Woman Parent
There is no known harm done to a child from same-sex parenting. They receive the same emotional and psychological support as male/female parents.

12. Homosexuality Can Lead to Sexual Abuse
There is no evidence to prove this and studies have shown that there is no relation between sexual orientation and sexually abusing others.

13. Their Children Will Be Gay
Being gay is not a learned behavior, it is an inherent preference for a partner.

14. Gay Couples Have Less Stable Relationships
This is simply false, as many gay couples have long-lasting, stable and monogamous relationships.

15. Same-Sex Parented Families Live a “Gay Lifestyle”
There is no single lifestyle or culture that goes along with being gay.

There you have it, 15 common myths that are doing nothing but creating more misunderstandings. Taking the time to understand others, particularly anyone from a different way of life than you, can help expand your mind and developed tolerance and empathy. Take time today to support the LGBTQ community and help clear up these myths around homosexuality.