PositiveMed The Positive Side of Medicine
Home psychology Personality What It Means to Be an Ambivert, and How to Know if You Are One 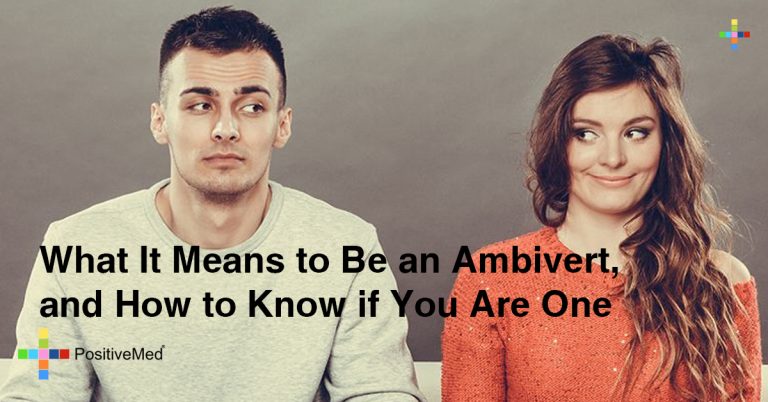 An ambivert is a personality type that falls midway between an extrovert and an introvert. They aren’t as outgoing as an extrovert, but they’re less reserved than an introvert. People’s sociability forms a continuum with extroverts at one end, introverts at the other, and ambiverts in the middle.

While ambiverts are less well-known than extroverts or introverts, they are, ironically, very common. Adam Grant, a psychologist at Wharton conducted a study on salespeople and found that 2/3 of them did not identify themselves as introverts or extroverts; they were ambiverts. He also found that the ambiverts enjoyed a number of advantages over the extroverts: They were more flexible and they were better listeners than the extroverts. The latter could also come on too strong and thus annoy their customers.

The psychologist Carl Jung developed the concepts of introverts and extroverts back in the 1920s. While he speculated that there was a third group between those two extremes, psychologists didn’t coin a name for that group until the 1940s.

Businesses have started paying closer attention to the three personality types because they all have strengths and weaknesses that affect their performance at the workplace. Ambiverts’ flexibility, for example, is something of a two-edged sword. It means they can work well both in groups or independently – but it can also mean that they agree to too many commitments.

How to know if you are one Ambivert
The author Daniel Pink, who also hosts a TV show about human behavior called “Crowd Control,” devised eighteen statements that would help a person determine if they were an ambivert, introvert, or extrovert.

Examples of the statements include the following:

Some of the statements, such as “I am the life of the party,” are true of extroverts, while others, like “I don’t like to draw attention to myself,” are more applicable to introverts. Ambiverts, however, would probably note that the different statements were sometimes true of them and sometimes not.

“Sometimes” is a key phrase when describing ambiverts. While extroverts are always ready for a party, while introverts prefer to stay home, ambiverts will sometimes want to party and sometimes want to stay home. They can thus seem extroverted in some places and situations and introverted in others. Ambiverts’ enjoyment of parties could depend on such factors as their own health, the people present, and the setting. The writer Vanessa Van Edwards, for example, states that she feels uncomfortable and out of place at fancy nightclubs, while she feels far more comfortable in classrooms or workshops. She would thus behave like an introvert at the nightclub – and probably try to avoid going in the first place – and behave like an extrovert in the classroom. She calls such behavior “situational introversion.”

Ambiverts need to learn how to use their flexibility to advantage, without letting others take advantage of their good nature. They should also learn when reserved or outgoing behavior is most appropriate to a situation.