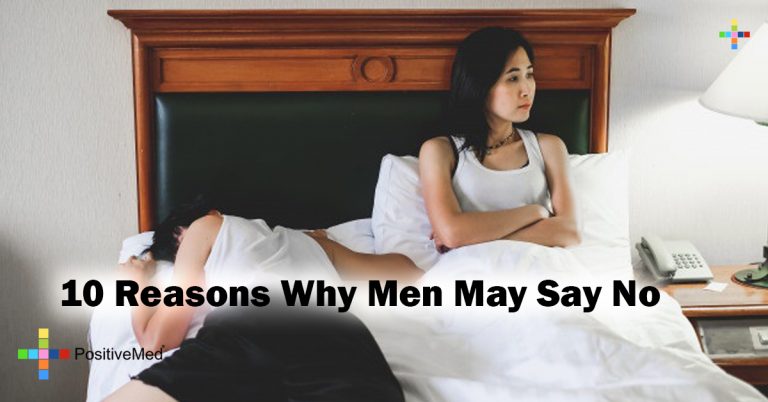 Believe it or not, sometimes men pull the old “I have a headache” excuse as well as women. When women turn down s*x, there is usually a reason behind it. It could be that special time of the month, we could have cramps, or we could be irritated. With men, you never know what their reasoning may be.

Here are the top ten reasons why men turn down having some actions in bed:

Maybe it’s time to spice things up a little bit. Advert your attention over to your man and do some of the things that you know he loves. It could be a B.J. or even role-playing that could get him in the mood.

• He Has Something on His Mind

There could be something on his mind, such as the latest episode of American Horror Story or what is for dinner. Not every time your partner turns down love-making is because of you.

• He Has a Poor Body Image

He may think his body is too flabby and not muscular enough. He could be insecure about his penis size as well. They might just need that extra reassurance every once in a while.

• They Could Be Anxious About Work or Money

He is probably stressing out about not having enough money to support the two of you or enough work to make enough income. Sometimes it’s too stressful to think about love-making at all.

If you really want to turn up the heat, you need to do something in order to turn him on. Cozy up to him and give him a hand job and maybe kiss his neck a little to get him in the mood.

May be your partner is tired of trying to last and not being able to. For men, anything that means that their performance may suffer may mean that it is time for your partner to opt out. Perhaps another day!

A lot of men just want to come home from work, relax, and watch TV. The last thing on his mind is that dirty deed you’ve been thinking about all day.

• He Doesn’t Want to Shower

Most women just want their sweaty man to come home from a job or bike ride and jump in the shower to freshen up, ASAP! We all know how much men like showering every day…

• He Wants You to Start Off the Night

Nothing turns a man on more than the woman he wants making the first move. This may be what he’s been waiting for all day.

• He Just Got Off The Phone With His Mom

No explanation needed. His mom…. no, just no.