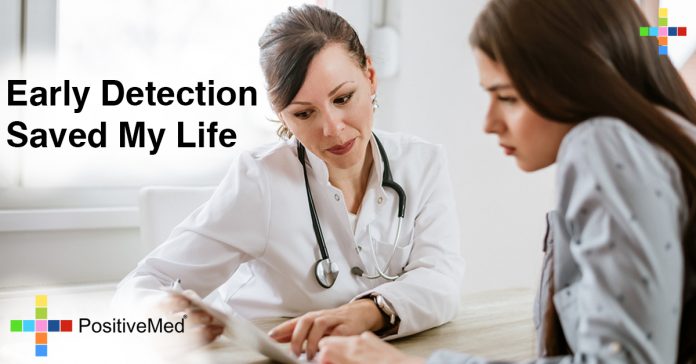 When it comes to cancer, every minute counts. The disease is ruthless, and you have to give everything you’ve got when it comes to treatment. The first thing that goes through most people’s minds when they receive a cancer diagnosis is chemo, but there is another overlooked component that can save your life just like it saved mine.

In 2015, I went to the doctor’s office for a routine physical. Truth be told, I was always in good health and, at age 30, I hadn’t experienced any serious illnesses. I’d even skipped the prior year’s physical because I was healthy and didn’t think I needed it.

But my mom gave me an earful about the importance of regular health check-ups; my father passed away nearly a decade prior to testicular cancer after his diagnosis came far too late for treatment to be effective. He had never been involved with his health, and he hated doctors, hospitals or anything to do with medical treatment.

I scheduled an appointment, and my doctor told me I should get a full work-up including a pap smear and mammogram; the former I’d been getting yearly, but I’d never had a thorough breast exam before. I checked for lumps in the shower and thought that was enough.

I got my mammogram and expected nothing from it, but I was shocked to receive a phone call from the doctor. They’d noticed a small growth in my right breast. Frantically, I began to feel around for any mass, but everything felt fine to me. This had to be a mistake. You could tell when you had breast cancer, right?

I got a biopsy that week, and the results confirmed my fear: I had breast cancer. But there was good news. Because it was detected so early, the doctor told me that they would be able to remove the tumor without me having to undergo any chemotherapy or radiation.

My surgery was scheduled for the following week, and now, four years later, I’m still cancer-free. Early detection saved my life, and it’s important for more people to understand how screenings can enhance treatment and protect them from the pain of a serious cancer diagnosis.

Physical exams and routine screenings are the best way to catch cancer early. According to the World Health Organization, screenings can catch cancer in its earliest stages, long before people begin to exhibit any symptoms.

Some forms of cancer are more aggressive than others, and your risk of developing them could be higher if you are or were a heavy drinker, smoker or it runs in your family. Cancer screenings can be especially life-saving in cases of breast, cervical, mouth, larynx, colon, rectal and skin cancer.

Screenings are affordable and often covered by health insurance. Talk to your doctor at your next physical about cancer screenings to find out what tests are best for you.

Go and get tested even if you think there’s no way it could happen to you. Early detection screenings saved my life, and it could save yours, too.