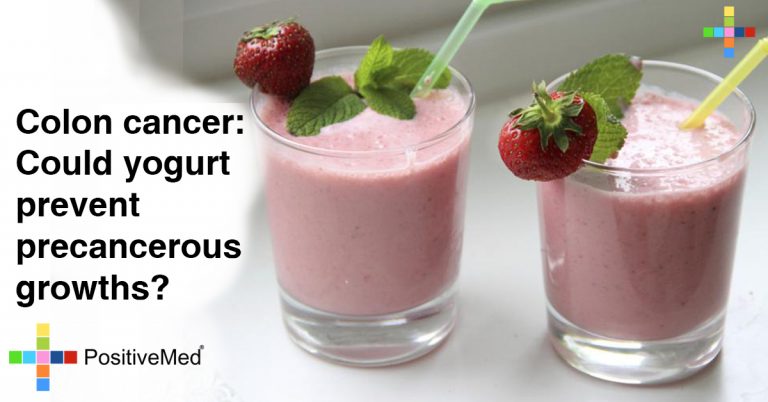 Colon cancer is a real threat: 2019 estimates show that over 145,000 people will likely be diagnosed with this type of cancer, and 1/3 of those diagnosed will not survive five years after their diagnosis. Indeed, there is nothing more frightening than cancer, and most of us would do absolutely anything to avoid contracting this deadly disease. We all know there are basics to avoiding this deadly disease, including maintaining a proper diet, exercising regularly, not smoking and limiting alcohol intake. But, are there specific foods that can help prevent cancer and precancerous growths? More specifically, can yogurt help prevent colon cancer? Here’s a look at what the available research says.

According to a review published in the medical journal Gut, men who consume this food were statistically less likely to have an adenoma. An adenoma is a precancerous growth; they are often benign (meaning not cancerous), but can sometimes turn cancerous. According to the review, men who ate yogurt at least twice a week had a 19% lower risk for colon cancer or adenomas. However, as the study noted, further research was needed to determine if consumption of this type of food was the direct cause of the lower cancer risk, or if something else led to the decreased risk.

Women did not see the same results, and the same study found that there was zero association between adenomas and eating this.

While researchers had no guesses about why there was a difference between men and women, they did have a theory about the reasons for the food’s apparent ability to reduce gastric cancer. They theorized that the food contains two probiotics which may reduce the amount of cancer causing chemicals. This theory also lined up with why the decrease in cancer risk was specific to the colon, which has a lower pH level, which likely gives probiotics a better chance to work.

A large meta-analysis conducted by researchers in China examined 23 different studies. In total, the analysis found that this food was associated with a 24% reduced gastric cancer risk. However, those reductions were not even across the entire world. While patients in the United States saw a decrease in gastric cancer risk in the United States (22%) and Europe (27%), there was no cancer reduction in Asia. It was theorized that this was a result of a lower amount of lactase in people who are Asian.

It’s also worth noting that other studies have not found similar connections between dairy products and other forms of gastric cancer. A 2014 meta-analysis examined 26 studies and noted that some found a positive relationship between cancer and dairy products, meaning that as dairy consumption went up, cancer diagnoses went up as well. Other studies found no relationship whatsoever. Thus, the reduction in cancer risk which seems to occur with eating this type of food does not apply to dairy products in general.

So, does the consumption of this food lead directly to a lower risk of cancer and precancerous tumors? Maybe. There does seem to at least be a relation between the food and cancer, at least in men. More study is needed, but it does appear likely that there is a connection.