PositiveMed The Positive Side of Medicine
Home health child care Is Your Child Acting Out—or Just Acting His Age? 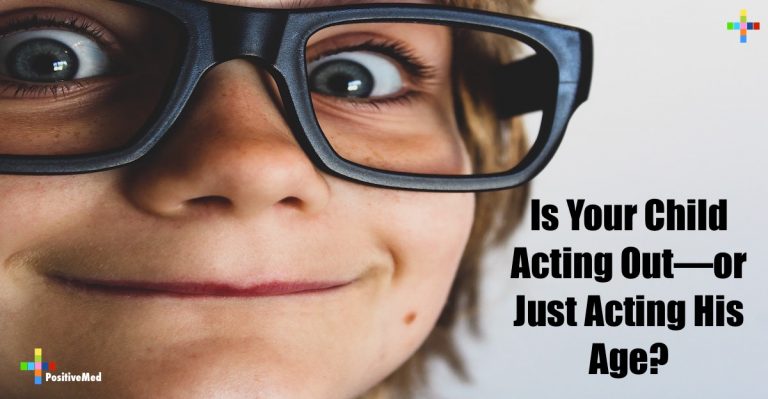 The struggles of parenthood span far and wide, and there’s no question that your child is going to surprise you time and time again. Children act differently from one another, just like adults, but many parents have a hard time differentiating normality from disobedience. When you see your child acting out, you might be inclined to reprimand them and send them to time out right away. But what if they really just need you to communicate?

Children’s emotional expressiveness changes as they age, and there are many behaviors that parents need to simply acknowledge and guide rather than correct. To fully understand the difference, it helps to learn about the different emotional and cognitive developmental milestones children undergo during the earliest years of life. Then, these milestones can be broken down into different behaviors and actions that will help you spot the difference between a child acting wild and a kid just being a kid.

From the time they’re born, babies are highly sensitive to the world around them. While their initial responses may be driven by instinct, by the time they’re 4 months old, infants can differentiate between happy and angry facial expressions.

Throughout the first two years of life, children become increasingly self-aware. As their verbal comprehension and sense of self increase, they’re more likely to stop listening and make full use of their ability to say “no.”

By age 3, your child will know around 200 words and use them to express their feelings as well as engage in conversation with adults and peers. They’re firmly rooted in the routine so any major changes or inconsistencies can upset them. They also have plenty of energy and need physical exercise, so a child acting wild at the store or in school may just need some more time outdoors.

Age 4-6 Years: Awareness of Others

Children who are leaving preschool and entering elementary school are more aware of their peers and have developed stronger coping mechanisms for handling emotions like anger, sadness, and frustration. They’ll likely experience fewer temper tantrums, but they may start to act out of character if something is bothering them. Major life disruptions such as death, divorce or a new sibling can also cause a child to begin acting out for attention.

At this age, a child acting out needs to be guided and directed, not yelled at and chastised. It’s natural to lose your own temper as frustration grows, but keep in mind that yelling at a child can have far deeper implications than you can even imagine.

Children are hard to read, but their actions are transparent. They don’t put up a farce or try to convince us they’re fine when they aren’t. Before you rush to school, consider what your child’s actions tell you about how they’re feeling.

There will undoubtedly be situations that merit correction, but don’t feel like hope is lost when you have to discipline your child. Instead, choose guidance and correction over punishment and shame. Every moment with your child is an opportunity to model empathy and kindness.