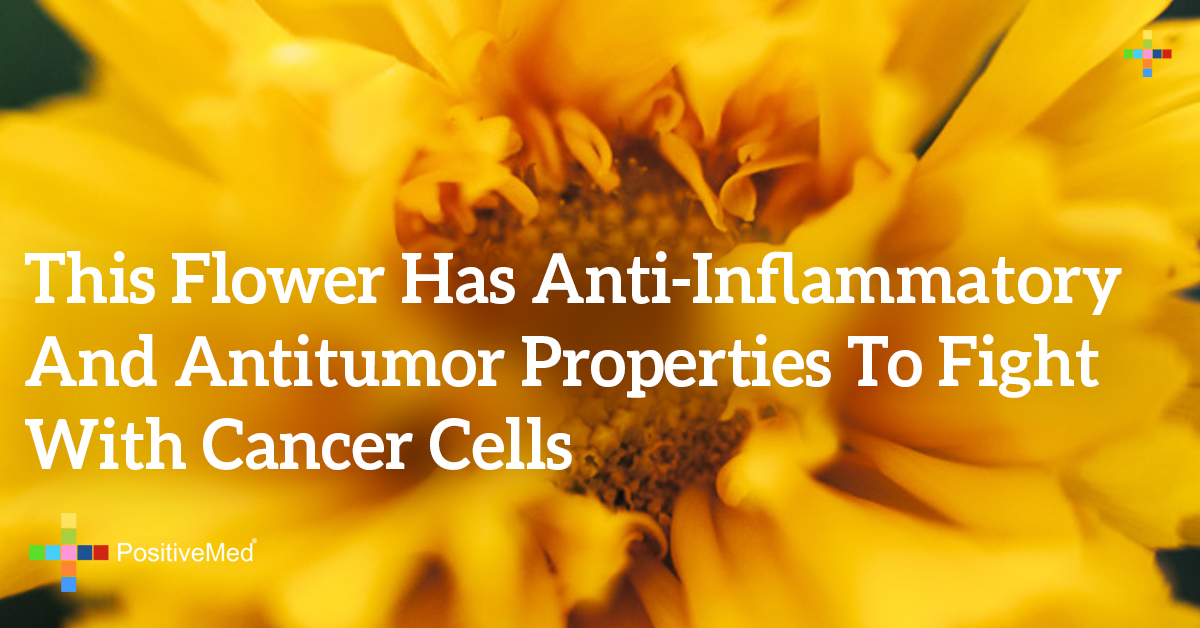 Many people are well aware of the beautiful little flower called marigold. Its bright yellow color cannot be missed when put into a bouquet of flowers. What may not be known about it is that this little flower, particularly the calendula variety, can be a real source of better health for many people.

It Is High in Antioxidants

Antioxidants are the ingredients that give marigolds their yellow color. Antioxidants provide protection by preventing free radicals – molecules that can cause harm – from damaging your cells. The primary danger of free radicals is that they can alter your DNA and cause cancer.

Inflammation of the Skin

WebMd says that applying an ointment with calendula in it can help when the inflammation is due to radiation therapy. It may be able to reduce radiation dermatitis that is often caused in people who have breast cancer and are receiving radiation therapy for it.

A key ingredient used to fight cancer is found in marigolds. Lutein, which is an antioxidant in the flower, was applied in a test to breast cancer tumors. The results were reported in The Journal of Nutrition (October 1998), and stated that lutein not only reduced the number of tumors, but it also prevented any more cancer from forming. Researchers also discovered that even small amounts can provide this benefit. It has also shown an effect on its ability to fight melanomas, leukemia, and colon cancer, says Academia.

To help fight cancer, a tea can be made using dried marigold flowers. Boil the water first, then add 1 tablespoon of the leaves, along with an equal amount of horsetail.

Marigolds are excellent for helping wounds to heal. It can help in the promotion of new skin and it will help to develop new blood vessels to the area of the wound. It is an anti-inflammatory, antiseptic and anti-fungal, and marigold oil is often used to heal stubborn wounds, ulcers, bedsores, rashes – including diaper rash, eczema, and similar problems. It can also be used to treat bee and scorpion stings.

Marigold is an ingredient found in many creams, ointments, and oils. Nutrition-info says that it can help with problems such as sunburn, stings and swellings, infections, varicose veins, sore throat, thrush, and more. As an antispasmodic, it can be used to help reduce spasms and cramps, including painful periods. Mixed with a carrier oil, marigold oil can also be used to soothe and soften skin, says Dr. Mercola.

Helps Fight Diseases of the Eye

The many antioxidants found in marigolds enable it to help prevent problems with the eyes, including cataracts and macular degeneration. Three of the ingredients are lutein, zeaxanthin, and lycopene, which will help prevent eye disease.

Some Precautions about Marigolds

The only kind that should be used for medicinal purposes is the calendula variety. Other types, including African and French varieties, should not be taken internally. Marigold tea can be used for sore throats, swollen lymph glands, and as a wash for eye sores.

Some people who have allergies to ragweed, daisies, chrysanthemums, and similar plants, should not use marigold. The University of Maryland Medical Center says that women who are pregnant or nursing also should not use it because not enough testing has been conducted to determine its safety. The plant may also interfere with being able to conceive. It may also interact with sedatives, and medications for diabetes and high blood pressure.