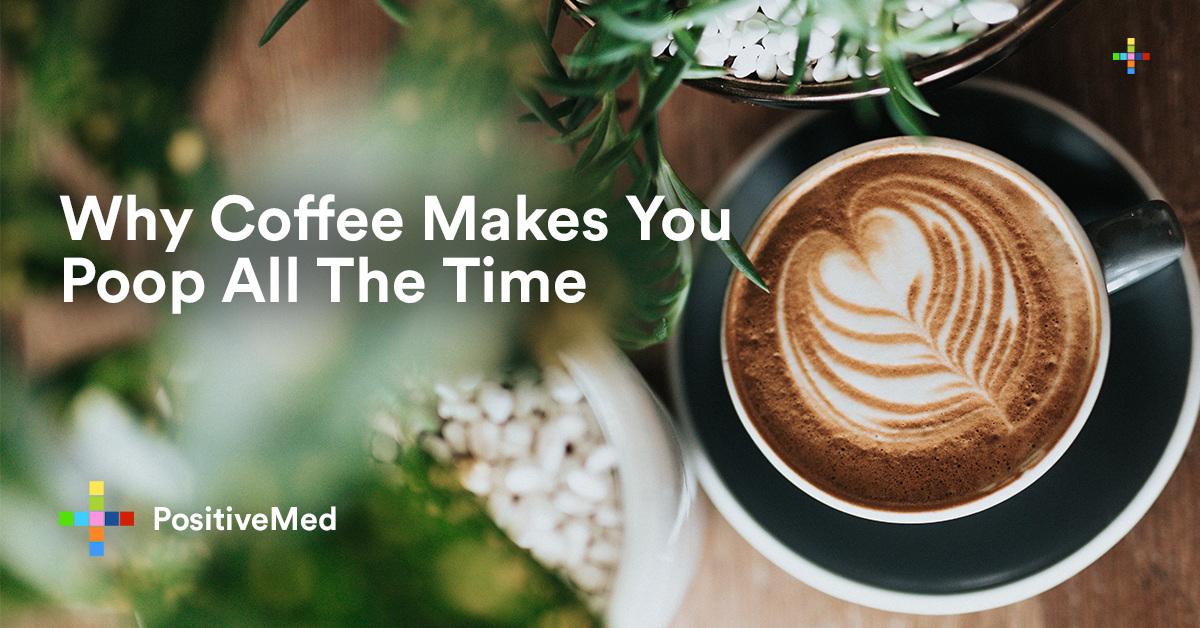 Everyone who has ever drunk coffee has most likely experiences one of its more annoying side effects. Even those who are not avid or habitual coffee drinkers have probably felt that rumbling in their bowels after a warm cup of Joe in the morning. Coffee has a long reputation for making its drinkers need to go to the bathroom. More specifically and bluntly, coffee makes you poop, but why?

Coffee is known to stimulate the digestive system, as a natural laxative, however, scientists and researchers aren’t entirely sure why. The caffeine found in coffee has been making coffee drinkers need to poop all the time. See, caffeine is a “pro-motility agent,” which basically means that it helps kick-start the digestive system. Every time you eat or drink something, your stomach stretches and expands, sending signals to your colon to, essentially, make room. When something comes in, something else must, in turn, go out. Peristalsis is the process which moves food and waste through your intestines. The caffeine in coffee is understood to speed up the process of peristalsis, significantly, making, you guessed it, coffee drinkers poop all the time. In addition to speeding up peristalsis and causing muscles in the intestines to contract more quickly, caffeine in coffee also relaxes muscles in the colon. When peristalsis is sped up and the colon relaxes, a gastrointestinal miracle occurs. You will feel an urgent need to go number two!

These same properties of caffeine are also the cause of acid reflux in some coffee drinkers, though in cases where coffee drinkers need to poop, it is the sphincter muscles at the bottom of the esophagus that loosen and release the reflux.

Caffeine isn’t the only pooping agent involved in coffee, though. the acidic nature of coffee, itself, causes the body to produce a considerable amount of bile, that alkaline substance that makes your stomach churn and digest food. This bile can build up in the gut, causing some coffee drinkers to contract diarrhea from excessive consumption.

You don’t have to give up coffee completely in order to mitigate these annoying side effects, however. Research shows that switching to a richer form of coffee, like espresso and French roast, results in fewer urges to go to the bathroom. This is because these types of coffee have been roasted for a longer period of time, resulting in less caffeine.

Pairing your morning cup of coffee with some choice food is also known to cut down on how frequently one goes to the bathroom after a cup of brew. The more padding you give your stomach to digest caffeine and coffee, the less likely you are to need to poop immediately after your mug is empty. Plus, breakfast foods, like pancakes, bagels, French toast, eggs, and bacon, taste great with coffee in the morning.

While pooping after drinking coffee isn’t a big deal for some, others don’t have time between their coffee fixes to go to the bathroom on a dime. Now that you know what causes you to need to poop after drinking coffee, you can either avoid the problem altogether or at least lower your risk. Don’t let your morning cup feel like a laxative.