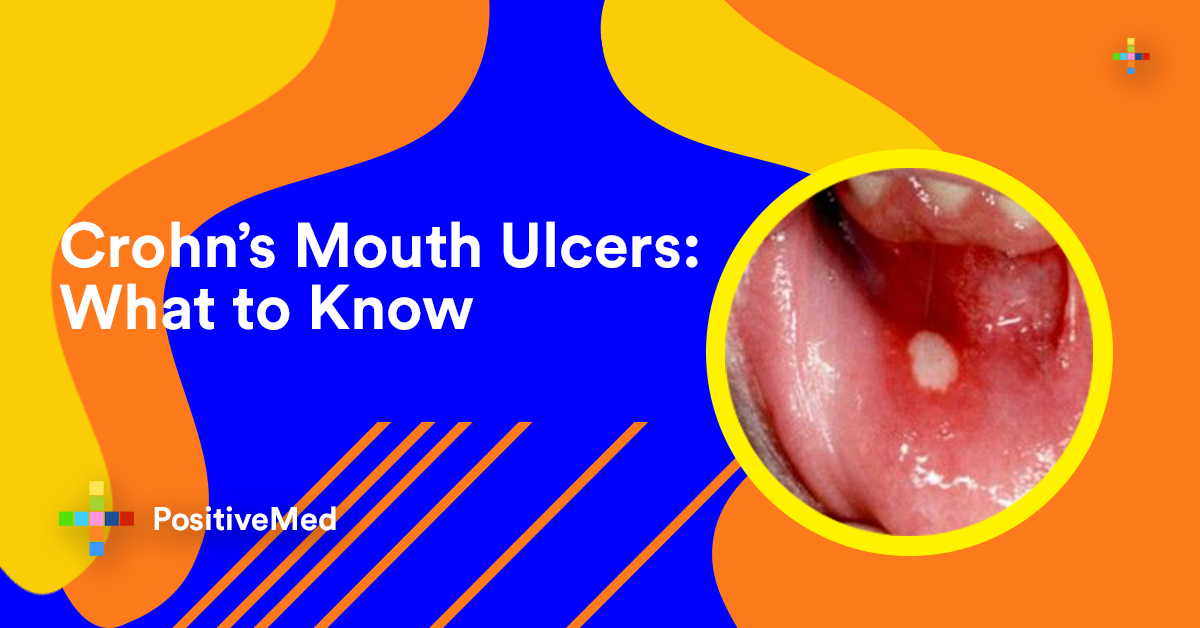 Mouth ulcers often become noticeable during flare-up. Mouth ulcers caused by Crohn’s disease are commonly known as canker sores. They normally form around the base of the gums. Canker sores usually differ from other mouth lesions, like herpes, which form on the outside of the mouth on the lips. Canker sores may appear like:

Most patients with Crohn’s disease will notice their canker sores become worse during a . Mouth ulcers can become more noticeable before other symptoms appear. Though rarely, Crohn’s disease can cause the formation of pustules or fluid-filled ulcers in the mouth.

Several factors can lead to the formation of Crohn’s mouth ulcers, including:

People with Crohn’s disease are also vulnerable to certain nutritional deficiencies, which can contribute to other problems in the mouth. For instance, zinc and vitamin B-12 deficiencies can both trigger glossitis. Deficiency in vitamin K can lead to bleeding gums.

Mouth sores are the first symptoms of Crohn’s mouth ulcers. Evaluation can be performed with a tissue sample (biopsy) taken from the affected areas. It is examined for signs of inflammation and infection. Certain sores can appear in the mouth when inflammatory cells collect at one spot. These are commonly known as granuloma. Having granuloma is a clear indication that the mouth ulcers have been caused by Crohn’s disease.

Other Conditions that Cause Mouth Sores

Mouth sores are also linked to a rare condition known as Behcet’s disease. This is an autoimmune disease that results in an inflammation of the blood vessels in various parts of the body. Mouth sores can also occur due to:

If you experience any of the following symptoms, you should not discontinue the medications. Instead, speak with your physician about changing medications or finding a remedy for any side effects you may be experiencing.

In most cases, mouth sores are not always painful. Medications used to treat inflammation in the intestines can also alleviate sores in the mouth. However, there are certain medications that treat mouth sores directly. Some come as topical creams that can be applied directly on the sores. Others come as “swish and spit” solutions.