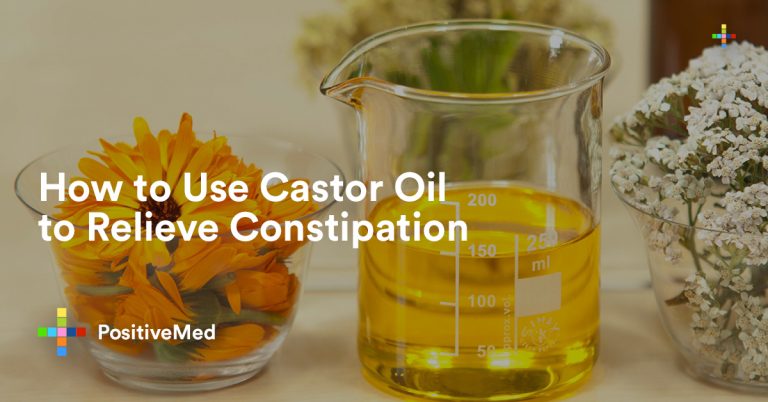 Not many people enjoy the taste of castor oil and most don‘t count on its benefits. Nevertheless, it has been used all over the world to relieve constipation.

Although castor oil isn’t used for this case traditionally, it can be an ideal remedy for constipation when used every now and then. This is for people who can cope with its taste and the associated side effects it can trigger.

People have different schedules when it comes to visiting the bathroom. There are those who frequently have several bowel movements in a day while others visit just once or after every other day. If your bowel movements decrease, it can signal you have constipation.

You may experience hard stool which can force you to strain while visiting the restroom. People with chronic constipation can experience other symptoms like bloating and abdominal pain.

How to Use Castor Oil to Deal with Constipation

Castor oil, which is derived from castor bean, has been used for centuries as a laxative. Surprisingly, researchers discovered how castor oil works just a few years back.

According to scientists, castor oil is loaded with ricinoleic acid, a fatty acid that binds to receptors on the smooth muscle cells located in your intestinal wall. After binding to these receptors, linoleic acid causes the muscles to contract and push the stool out. This is the same way that other stimulant laxatives function. Castor oil can trigger the same effects on the uterus, which can be used during child delivery.

Castor oil’s mode of action in relieving constipation is relatively fast. According to a 2012 study, older adults with chronic constipation reported a reduction in straining and improved constipation symptoms during bowel movements.

The main cause of constipation is the consumption of a diet that is poor in fiber and fluid content. Lack of enough fiber and water in your diet can make your stool dry and hard. This, in turn, makes it difficult for food to pass through your intestines.

Certain medications are also associated with constipation as a side effect. Examples include:

There are some people who occasionally get constipated, particularly when traveling. Hormonal changes in expectant mothers can also cause constipation. Given that bowel movement become slow with age, chronic constipation is more common in older adults.

Can Anyone Use Castor Oil to Treat Constipation?

The fact that castor oil can trigger contraction of the uterus, it is not recommended if you are expectant. It should not be used regularly for children below 12 years. You should ask their pediatrician before using castor oil on your children.

Castor oil can also be problematic to adults who are over 60 years when used for a long period. It can interfere with the amount of potassium in your body.

Certain medications should not be combined with castor oil, such as:
Diuretics can lower potassium in your body
Blood-thinning medicines
Bone medicines
Heart medicines

Apart from what most people consider as unpleasant taste, castor oil can cause some side effects. They include diarrhea and cramping. It can also inhibit the absorption of some nutrients along with your intestines.

How is Castor Oil Taken?

Castor oil should be taken orally and is best used during the day because it works faster than other laxatives. To treat constipation, the recommended dosage of castor oil is 15 milliliters in adults. You can cool it in a fridge for an hour and mix it with a fruit juice to mask its unpleasant taste. There are flavored castor oil preparations in drugstores.

How Long Should You Use Castor Oil for Constipation?

Unlike some laxatives, castor oil works very fast and it is not recommendable to be taken close to bedtime. Expect to see the results within two to six hours.

Engaging in exercises and eating right is one of the best ways to prevent constipation. You can get more fiber by incorporating whole grains, fruits, and vegetables in your diet. Exercising regularly helps to strengthen your entire body and intestinal muscles.

On top of exercising and eating a diet rich in fiber, it is also recommendable to keep hydrated throughout the day if constipation is a concern. Water is very essential and also helps food to pass through the intestines.