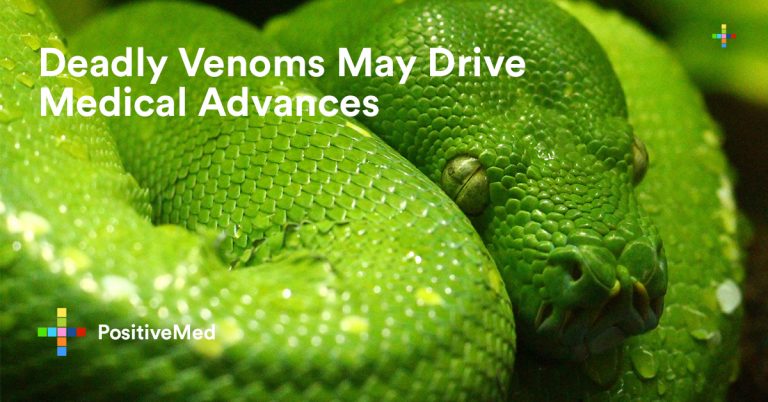 Even if the medical industry’s treatments are rapidly advancing, there are still several diseases that resist treatment. A paper recently published asks whether deadly venoms may drive medical advances.

There are many venomous plants and animals in the world. According to the authors, they comprise 15 percent of the earth’s biodiversity occupying every ecological niche and habitat.

From arachnids to mammals and worms to lizards, venom has been found to be a winning tool in the game of survival.

Can this Venom Be Harnessed?

Venom is very effective that it evolves independently in a range of species. However, can we really harness the toxins and use them as medicine?

Harvesting venom and dissecting it on a molecular level was not easy. It was very challenging to harvest because many venomous animals are very small. Venom is often a complicated mixture of chemicals. With steady improvement in technology, this is slowly changing, and its full potential is getting into focus.

Mandë Holford, the lead author of the study, of the Hunter College and the Graduate Center of the City University believes that toxic animals may hold the solution to the treatment of various conditions such as autoimmune diseases, chronic pain, and diabetes.

Some breakthroughs in technology have helped to develop better insight into venom. For example, advancement in omics—the identification and quantification of the biological molecules that form an organism—provide deeper insight. Scientists can easily peer into the genome of a species and draw the picture of the evolutionary changes which have unfolded over generations.

“Knowing more about the evolutionary history of venomous species can help us make more targeted decisions about the potential use of venom compounds in treating illnesses,” says Holford. “New environments, the development of venom resistance in its prey, and other factors can cause a species to evolve in order to survive. These changes can produce novel compounds —some of which may prove extremely useful in drug development.”

By now, the Food and Drug Administration (FDA) has approved only six drugs resulting from the venom. According to Holford and his colleagues, believe that this is just a tip of the iceberg.

Due to the rich diversity of natural venoms and the high specificity they have, they may be useful for templates to design drugs.

The Future of Venom Research

Few examples have been discussed in this new paper where venom may prove useful. For instance, peptides obtained from a venomous sea anemone can help treat the autoimmune diseases by targeting the specific ion channels on T cells. The neurotoxins obtained from a species of sea snail called Conus Magus can give effective treatment for the chronic pain which does not cause addiction.

Deathstalker scorpion is another example which produces chlorotoxin which bond selectively to the malignant cells. This makes it useful for signposting tumor cells before a surgery to ensure the removal of all cancerous tissue. Chlorotoxin is also being studied as a potential vehicle to transport anti-cancer drugs to their target.

According to the report, spider toxins, in the future might provide an eco-friendly way for farmers to get rid of pests. The traditional insecticides have a broad spectrum which is a toxin to other animals and usually build up in watercourses. A natural and protein-based pesticide is highly specific to their target species and furthermore biodegradable.

Venom has many secrets left to be discovered and the technological advances will help us steadily unleash them. The growing field of venomics is certainly one to watch.