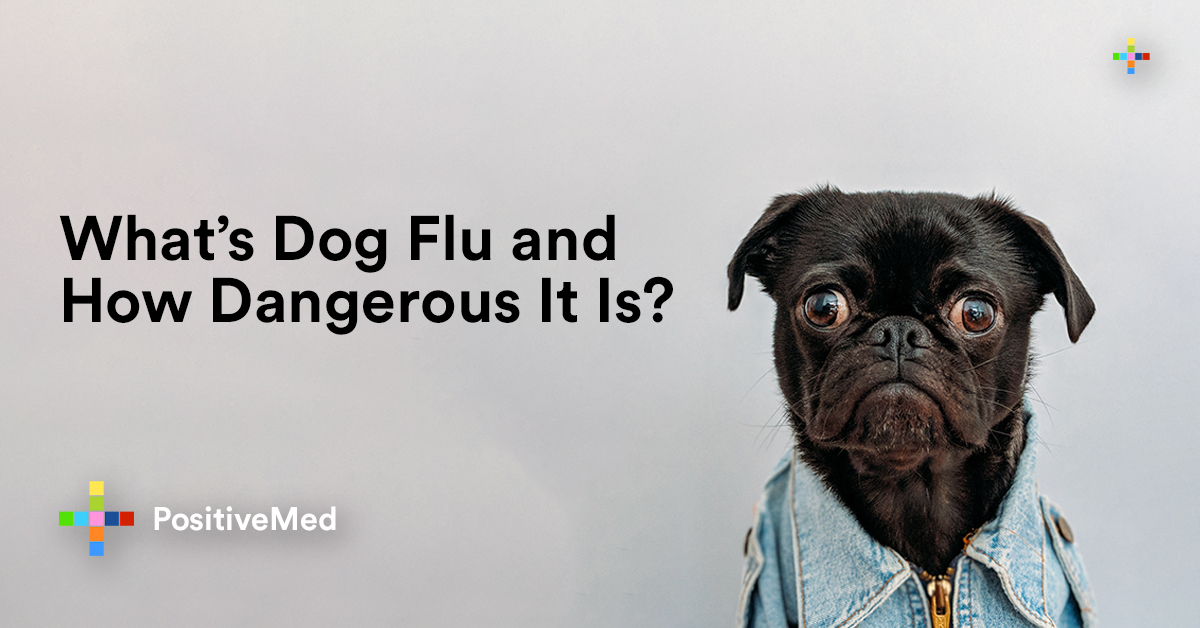 Dog flu or canine influenza is an infection which is caused by either of two virus strains H3N8 or H3N2. Of the two viruses, H3N2 is the most common in pets in the U.S. It is suggested that it came from Asia with rescue dogs, but it has never been confirmed. The virus has now been documented in more than 30 US states.

It mainly infects the respiratory system, and it is highly contagious. There are dogs that get exposed to the virus and don’t get infected, and they don’t show any clinical signs.

Symptoms and types of dog flu

When dogs are infected with the dog flu virus, they may show two different syndromes:
Mild- The dog will experience a cough that is moist and can get nasal discharge. Sometimes, it will be like a dry cough. Mostly, the symptoms can last up to 30 days and normally go away on its own.

Severe-Usually, the dog will have a high fever of above 104 degrees Fahrenheit and develops signs very fast. There is likelihood of developing hemorrhagic pneumonia. The virus can also affect the capillaries of the lungs causing the dog to cough up blood and there will be trouble breathing especially if there is bleeding into the air sacs.
The general symptoms of the syndrome include:

Since your dog is unable to tell you how it feels, animal experts advise you watch for its changes in behavior. If your dog starts skipping meals, it is good you take a look.

The vet performs a complete blood count on the dog. Mostly, there is observed an increase in the number of white blood cells especially the neutrophils which is destructive to microorganisms. X-rays can be as well taken on the dog’s lungs to determine the extent of the infection.

How does it spread?

The virus spreads like the human virus does—through fluids from the body released in the air via a cough or sneeze or by touching surfaces or objects which are contaminated. The virus can survive in the environment for up to two days.

The dogs that spend most of their time around other dogs such as in kennels, groomers, dog parks, veterinary clinics or shelter—are more prone to get infected.

How to keep your dog from the flu?

The best way to reduce the risk of your dog getting infected is by keeping it away from other dogs. When you spend time with other dogs, ensure you wash your hands and change cloths before you interact with your dog. Also, talk to vet about vaccine.

Is it a potential epidemic?

According to a study done recently, it showed that the virus can be transmitted across different species from dogs into pigs, and it has become more diverse in canines. Someday, it will become a dog-inspired epidemic.
There has not been any kind of infection between dogs and humans. However, researchers say if it is left unchecked it can be transmitted and it will become more dangerous.