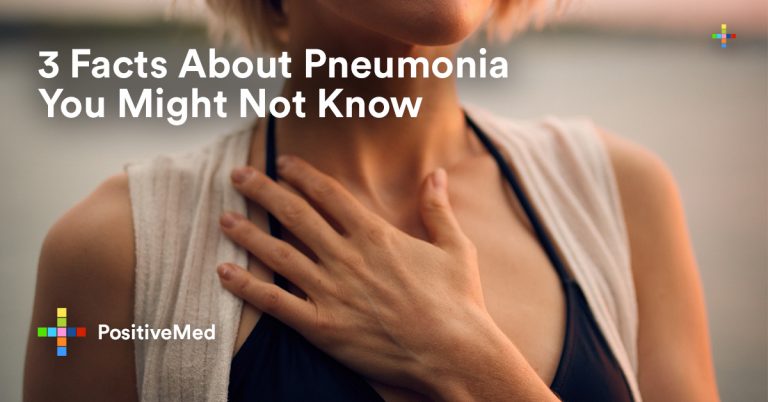 You may have had walking pneumonia when you were younger or heard about a grandparent getting pneumonia in the hospital, so chances are you understand it’s a form of respiratory infection. Pneumonia might be more prevalent than you think, however, and for children, the elderly, and chronically ill, far more dangerous. Don’t miss these 3 little-known pneumonia facts:

There Are Multiple Types of Pneumonia

Most pneumonia develops from an airborne droplet with a virus or bacteria on it making its way down the bronchi and into the lungs, specifically taking up residence in microscopic air sacs called alveoli. Community-acquired pneumonia is the term given to a pneumonic infection likely caused by someone already sick with pneumonia coughing or sneezing and passing it onto another person when they inhale those airborne germs. Hospital-acquired (nosocomial) pneumonia is essentially the same thing, just a different term used to describe an infection which develops within 48 to 72 hours of a patient’s hospital stay. Hospital-acquired pneumonia is consequentially dangerous in that it infects an already weakened immune system and often leads to life-threatening complications like sepsis. In fact, a 2014 research study found that pneumonia was one of the leading causes of mortality from sepsis in hospital patients.

Further still is another type of pneumonia which results from a food of beverage particle making its way down the wrong pipe and into the lungs instead of down into the stomach. Bacteria can grow accordingly and lead to a type of pneumococcal infection known as aspiration pneumonia.

As a respiratory tract infection, pneumonia is bound to cause commonly acknowledged symptoms including prolonged cough with expectoration of phlegm or pus; however, there are a host of accompanying symptoms which may also serve as good indicators of infection:

• Low oxygen saturation levels (typically measured with a digital O2 meter) can indicate that an infection of the alveoli is preventing oxygen from being absorbed from the lungs into the bloodstream.
• Changes in blood pressure may result as the body is working harder to intake enough oxygen and deal with the respiratory infection.
• Fever, chills, confusion, and fatigue may present, but not always together at the same time. Especially for older adults, infections like pneumonia can cause brain fog and disorientation.

• Difficulty breathing, rapid or shallow breathing, and chest pain when breathing or coughing might indicate a pneumonia infection is present rather than a simple common cold virus.
• Irregular lung sounds as heard through the best stethoscope by a nurse or treating physician can be a sure-fire sign of pneumonia. Crackling, wheezing, or bubbling sounds indicate irregular movement of infected air sacs, while a dull thud or lack of breathing sounds may indicate fluid build-up or inability of air to flow through the lungs.
• Additional symptoms might include muscle aches, dehydration, rapid heart rate, rash, and even nausea and vomiting.

There is Now a Pneumonia Vaccine

The Centers for Disease control and Prevention now recommend multiple FDA-approved vaccines for certain strains of pneumonia viruses. The Pneumoccocal conjugate vaccine (PCV13 or Prevnar 13®) is recommended for young children under 2 years old, seniors over 65, and anyone in between who is at higher risk for developing pneumonia (i.e. those with existing medical conditions).

Related Link: Get Rid of Mucus Buildup and Lung Problems With This Remedy

The pneumococcal polysaccharide vaccine (PPSV23 or Pneumovax23®) is recommended also for adults over 65 and anyone with an increased risk based on an existing medical condition, but also for adults over 19 who smoke cigarettes. Pneumonia is a common complication from seasonal influenza virus so experts recommend getting your flu shot before flu season kicks into gear in November. Talk with your doctor’s office or pharmacist about where to get pneumonia and influenza vaccines near you.

Just like the flu virus, viruses and bacteria which cause pneumonia can also thrive in respiratory secretions that stick to commonly used surfaces like doorknobs, faucet handles, and phones. You can take steps to prevent yourself or your loved one from developing pneumonia by disinfecting commonly used surfaces, washing or sanitizing hands regularly, staying hydrated by drinking water regularly, and exercising to help loosen phlegm and activate healthy lung function.

Pneumonia can quickly develop into a life-threatening condition, however, early detection can lead to quick treatment with antibiotics and antivirals. Don’t mistake pneumonia for the flu or a cold – recognize the symptoms and seek medical attention fast to prevent an infection from getting worse.