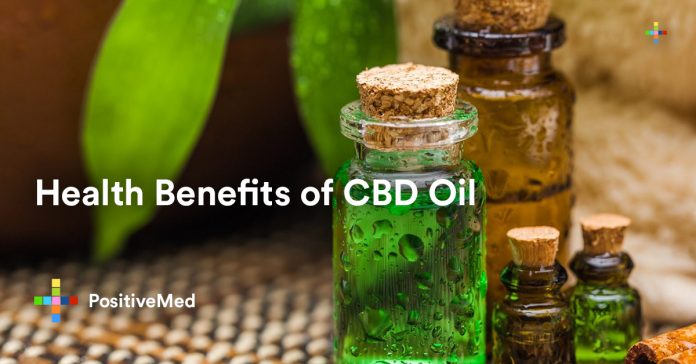 Cannabidiol (CBD) has many benefits yet there is a lot of confusion as to what it is, and what it’s effects are on the human body.

Unlike THC which is the active compound in marijuana that gets the user high; CBD does not produce any form of intoxication effect and is shown to have a vast array of health benefits.

Here are some common benefits of using CBD:

CBD oil has been shown to be effective at helping people manage their anxiety by managing how their brain responds to serotonin. Anxiety is usually a psychological disorder originating from the central nervous system due to increased production of flight hormone in the body. To relieve anxiety, the oil has been shown to:

Cannabinoids usually affect the brain and since pain is a stimuli from the sensory organ, to the central nervous system in the brain and back to the effector organ, the oil can be used to manage pain. To effectively manage pain, the relay neuron which is located in the brain ceases to transmit impulses to inhibit brain receptors from decoding the information. Studies have shown that cannabis is recommended to relieve pain especially after chemotherapy in cancer patients. This oil can also be used to manage chronic pain, spinal cord injuries, muscle pain, musculoskeletal pain and arthritis.

Epilepsy is a neurological disorder which is characterized by recurrent sudden loss of consciousness due to abnormal electrical brain activity. Cannabidiol oil is considered as an effective treatment to epilepsy. As per scientific research, the oil is capable of reducing the number of seizures epileptic patients experience in a day. The principle of this treatment is the inhibition of brain receptors to avoid abnormal electrical responses in the brain and eventual seizure. However, this treatment is recorded to have side effects on some patients due to the cannabidiol chemicals. Therefore, the research is ongoing to determine how the side effects could be managed if the treatment is effective.

Research shows that cannabidiol oil treatment is vital in people with neurodegenerative disorders. These are disorders that make the brain and nerves to deteriorate with time. There is a receptor in the brain of the man known as CB1 and it has proven pivotal in protecting both the brain and the nerves. Research is focussing on this receptor to determine the role of cannabidiol chemicals in treating stroke, multiple sclerosis, Parkinson’s and Alzheimer’s diseases.

Cannabidiol chemicals have also been known to moderate inflammations and how cells reproduce in cancer treatment. This has been the center of cancer research studies with most researchers working on understanding how this oil can reduce tumor cells reproduction. Ideally, cancer is abnormal growth of cells and if these cells can be inhibited from successful cell division, cancer treatment can reach a milestone. Although research is underway, most scientists believe that cannabidiol chemicals can alleviate cancer symptoms and treatment side effects.