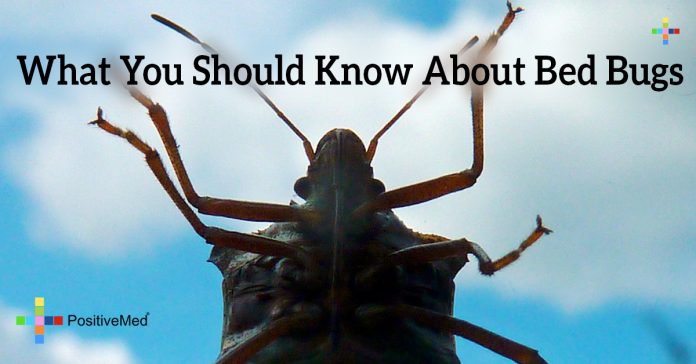 Bedbugs are tiny insects often found in mattresses that become active during the night. They feed on human blood as their only source of nutrition. They bite exposed areas of the skin which cause irritated patches that sometimes bleed and can become infected. It’s difficult to see differences between bedbug bites or bites from other insects. Bedbugs have an oval shape and are reddish-brown in color. They are about the size of an apple seed and they hide in the corners of the bed during the day because they like living 3-6 feet from their feeding area.

There are various signs and symptoms of bedbugs. The first and most evident sign of a bedbug bite is development of itchy red bites on the skin. They usually attack shoulders and arms but these are not the only places they target. They usually bite in a straight-line pattern which differentiates them from other insects that bite randomly. Another sign of bedbug bites is the itchiness, which is more than the itchiness from other insects. The itching can be so severe that the victim scratches so hard that it bleeding and may become infected. Some have reported allergic reactions from bedbug bites. In some cases they also cause a burning sensation which leads to red bumps known as papules or wheals.

Since bedbugs hide during the day it can be difficult to spot them directly. In this case the things to look for are small brown blood stains on pillows and mattresses also called fecal spots. You can also spot the seams and folds of the mattress on which you sleep. The bugs also hide in carpet, rugs, and loose wallpaper. Shed skin can help trace them, bedbugs usually shed their skin 5 times before they fully mature.

Try to avoid scratching if you develop a rash after a bedbug bite. Some think that bedbugs cannot spread if they have a neat and clean environment, this is incorrect. Bedbugs only need a warm and moist environment. Some of the biggest hotels in the world have reported an emergence of bedbugs and have been sued by guests for damages from bugs.

There are several ways you can prevent the spread of bedbugs. Regularly inspect mattresses, carpets, and wallpaper for them, if you find any signs of their presence, spray for them. Try to avoid moisture coming in the bedroom through the walls and ceiling. If you have bedbugs wear full-sleeve clothes when you sleep, you can also wear pajamas that cover the entire leg. Bedbugs cannot burrow under clothing and if they do not have exposed skin they cannot bite. When buying second-hand furniture check them carefully before bringing them inside your house.
If the problem becomes severe you can get help from pest control organizations and have your entire home cleaned and debugged. In the case of bedbugs, prevention is better than cure.