Music: The Sound of Health 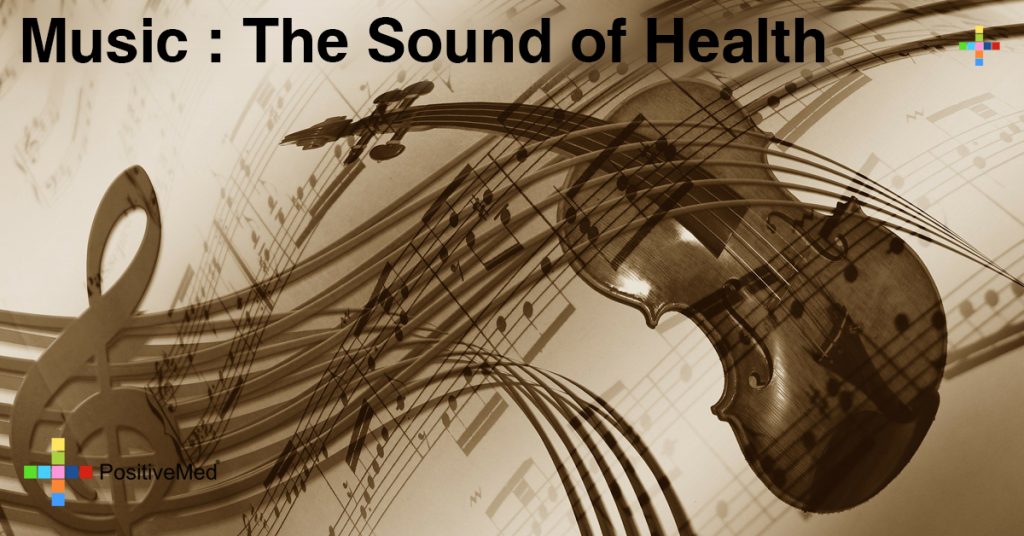 “In this life, we are all just walking up the mountain

And we can sing as we climb

Or we can complain about our sore feet

Whichever we choose we still gotta do the hike.”

Music and healing were once partners, in fact, the Chinese character for medicine includes the character for music and in ancient Greece, there was a saying, “Men have a song as a physician for pain”. The Greek god of medicine, Apollo, was also the god of music.

When medical science overtook folk remedies music became a forgotten part of our health regime. Recently however music therapy has been acknowledged as a valuable adjunct to healing for the production of biological changes such as reduction of heart rate, blood pressure, and cortisol levels. Much of the research has concentrated mainly on music’s effect on the cardiovascular system and therefore has been used successfully on patients about to undergo or have undergone heart surgery. Its value seemingly in calming the nervous system and allaying fear, pain and the stress of feeling trapped and helpless.

Music, however, is beneficial in many other areas of health. A study undertaken in 1997 found that background music improved cognitive levels. Music has also been recognized through controlled treatment outcome studies as a powerful treatment for mental health issues such as depression, anxiety, and chronic pain. Research has also demonstrated that adding music therapy to treatment improves symptoms and social functioning among those suffering schizophrenia.

Adding to all these benefits of music many studies show conclusively that singing together as a group also has far-reaching health benefits.

Children in a choir tend to perform better academically, integrate with advanced social skills, be better team players and display better emotional expression and management than their non-choir counterparts and studies have shown adult choir members are found to be more philanthropic and better team players with better socializing skills fostering personal fulfillment and good citizenship. The benefits don’t stop there however, group singing also has many health effects from the improvement of Parkinson’s to dementia and depression.

Hearts Beating as One

No wonder there is such a feeling of camaraderie amongst choir members, research has shown that when choir members sing together their heartbeats become synchronized, growing faster and slower at the same time as they breathe in and out in unison. This research studied the reaction of the pulse to three different kinds of music: humming, a hymn and the chanting of mantras. Of the three the latter was discovered to have the greatest effect.

Many decades ago when the benefits of choral singing were yet to be realized one surprising health benefit was discovered by a French physician. Dr. Alfred Tomatis was called to a Benedictine monastery where many of the monks were suffering from an unknown disease which caused fatigue, depression and various physical ailments. It seems that the new abbot, deeming them an unnecessary burden, had removed the customary 6 – 8 hours of Gregorian chants which the monks had been engaging in. When the thoughtful doctor reinstated the chanting the monks recovered and were able to enthusiastically carry out their daily duties and engage in the rigorous lifestyle of a monk.6

The Health of the Soul

While Gregorian chanting is largely a western practice popularised by a music-loving pope of the past, kirtan or the singing of mantras has been practiced since time immemorial and comes to us through the yoga system. A mantra is usually a name or description of the Supreme and kirtan is the singing of such mantras and is very similar in essence to the Gregorian chants although the style can be very different.

Kirtan or group chanting is the music of the soul where a group of people come together and raise their voice as one, singing from their hearts in love to the Supreme. One can estimate then the healing power of kirtan which like the Gregorian chants involves not only singing and singing in unison but also the repeating or chanting of mantra and one does not even need to live in a monastery, join a choir or have any musical ability to partake of it. All the physical and mental health benefits are obtainable by regular practice of kirtan but the benefits do not stop there.

Although unmeasurable by scientific studies, the effects of kirtan are described eloquently by the great kirtan avatar of the 16th century, Sri Chaitanya Mahaprabhu. He wrote:

“All glories to the sankirtan [kirtan] movement which cleanses the heart of all the dust accumulated for years together….it is the prime benediction for humanity at large… and it enables us to fully taste the nectar for which we are always anxious”

In other words, it purifies the mind and heart and gives us the happiness for which we are forever searching.