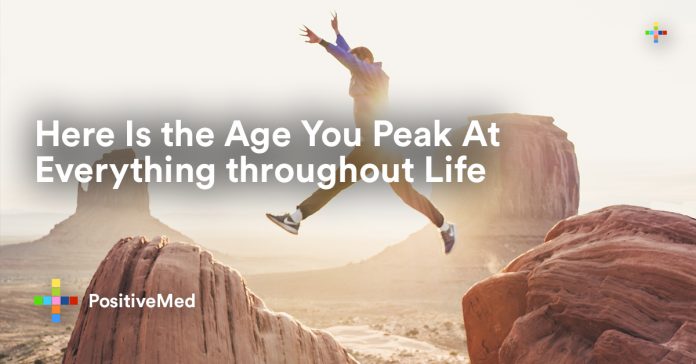 Most people are scared of getting old. They always think that being a youth comes with everything. However, scientific studies have proven this wrong; every age has its own benefit. In fact, most people peak well from around middle age to old age. Here are the specific ages with what you can be best at that particular age;

This age is characterized by the great ability to learn new languages. Psychologists and linguistics do not quite agree with this fact but it’s a commonly accepted by many people.

This is the age when the brain processing power is at its optimum levels. Cognitive scientists often use digit symbol coding test to measure the brain’s processing ability. A study published in 2016, shows that most 18-year-olds crack this test.

This is age is characterized by the ability to remember unfamiliar things such as names. When people meet for the first time, most forget the names soon after or before they part. However, a 22-year-old rarely forgets according to studies that were done in 2010.

Related link: Are You Living The Life That You Want?: A Guide To Pursuing Your Life’s…

This is the age when most people are good in athletics.

This is the age when people are best in recognizing people’s faces. However, 9 years after this age, the ability drastically reduces.

According to a study conducted by National Bureau of Economic research, most people receive Nobel prizes at this age. People do outstanding work at middle age compared to any other time.

According to PayScale, most women receive their best salary at 40 while men enjoy it at 48 years.

At this age, people are best in reading other people’s emotions.

This is the age when people are at their best in Arithmetic.

Studies in Germany clearly show that people are more satisfied with life when they are above 60 years old.

This is the age when most men like their physical appearance. This is the exactly opposite of the women.

Generally, people get wiser as they grow old. People between 60 and 90 are the best decision makers.

People between this age and 85 years are more psychologically stable.

People who are 29, 39, 49 or 59 often make the biggest decisions either for their best or their worst.

Every age is important. You should cease every opportunity and enjoy life to the fullest. After all, life is free but short.