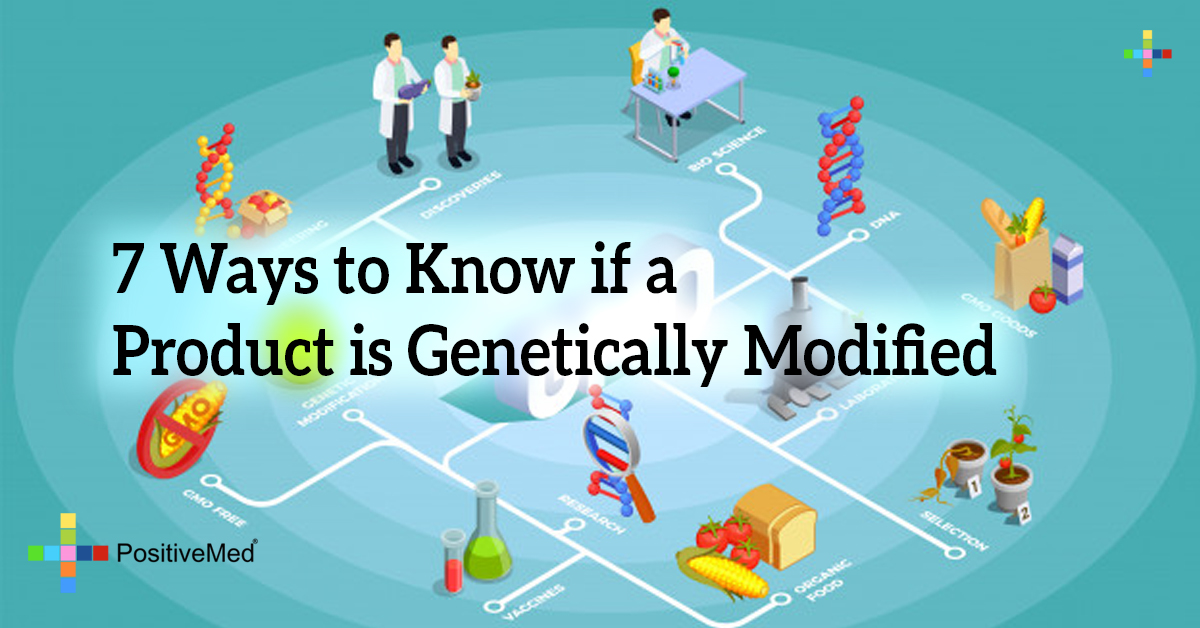 7 Ways to Know if a Product is Genetically Modified

The foods available today are often full of genetically modified products. Conventional ways of producing food products include injecting them with various preserving chemicals and pesticide sprays. There are various ways of identifying if a product has been genetically modified. Mentioned below is a list of some ways that can help you identify GMO’s.

Buying 100% organic food is the most effective technique of ensuring that the food has not been genetically modified. Foods that are 100%organic are generally free from any type of genetically modified organisms and are produced naturally without pesticides and artificial fertilizers.

The produce stickers on supermarket foods tell a lot about how that food has been grown. Generally these stickers contain a code of numbers or alphanumeric. The codes beginning with 9 mean that the food is organic and does not contain GM ingredients. Foods that are genetically modified have a code beginning with 4 or 8.

If the food you’re considering has no labelling there is an alternative way of finding if its GM. If you want to buy organic foods its better to avoid ingredients like soy, corn, canola, sugar beets, and Hawaiian papaya. These ingredients are often genetically modified and rarely used in organic form.

The non-GMO project is a non-profit organization that encourages use of organic foods and standardizes the use of GM products, its the only standardizing organization in North America for genetically modified food products. Foods that carry the non-GMO seal are certified organic because they test the ingredients of the food including at-risk ones.

Studies show more than 70% of processed foods are made up of genetically modified ingredients. These products include numerous trans-fats and acrylamide. .

If you have tried everything and still cannot figure out whether the food is genetically modified or not, ask the manager of the grocery store. If you find that labels are missing from foods don’t hesitate to call the production company and discuss the ingredients of their product.