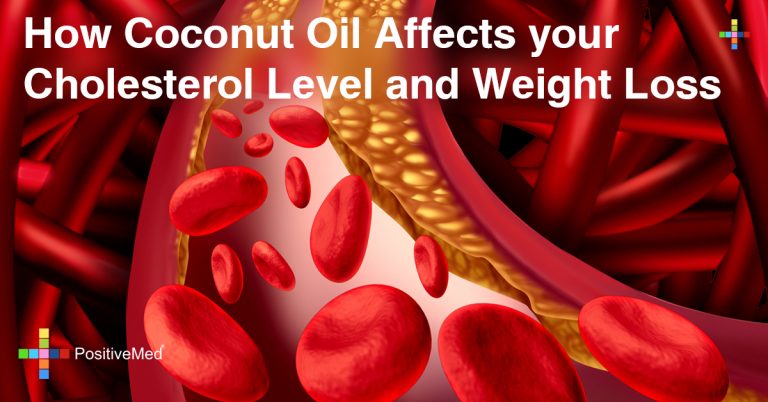 How Coconut Oil Affects your Cholesterol Level and Weight Loss

Researchers have discovered that coconut oil dietary supplementation can help in weight reduction particularly along the waistline and Cholesterol level. It also comes with other health benefits, making it the most suitable oil that you should us all the time.

In the double-blind study, 40 women were divided into two groups. Participants in the first group were given a dietary supplement of soybean. The other group was given an equal amount of coconut oil. The groups were requested to walk for 50 minutes a day and consume a balanced hypocaloric diet.

This serves a good example of how many nutritional theories are critically thought to be untrue. For over the past 60 years, most people have been thinking that saturated fat causes high cholesterol and heart disease, while the discussion has been the reality.

Currently, most people try to replace saturated fats such as coconut oil with polyunsaturated vegetable oils like soybean oil. This misguided advice is currently reflected in the statistics for heart disease. Before 1920, coronary artery disease was rare. The rates began to rise as people continued to use hydrogenated vegetable oils (trans fat) in an attempt to switch from saturated fat like lard and butter.

As we speak, 68% of vegetable oils and fats that Americans consume come from soybean oil.

For 12 weeks, researchers examined the biochemical effects of coconut oil and soybean oil on 40 obese women aged between 20 and 40. Belly fat is also known as visceral fat. It has been linked to many chronic diseases such as diabetes, heart disease, and stroke just to name a few.

Participants in each group were given 30 ml (approximately two tablespoons) of either soybean oil or coconut oil. They were also advised to follow a low-calorie diet and take a 50-minute walk every day. Here are the findings:

Polyunsaturated fats from vegetable oils and soybean become oxidized when processing and cooking. As a result, free radicals are formed which can destroy a number of body organs. Free radicals attack cell membranes and damage DNA/RNA strands. When the damage occurs in your blood vessels, it marks the beginning of cardiovascular and heart disease.

Studies have also found that people who ingest a lot of polyunsaturated fats are at a higher risk of the following conditions:

Many Asians populations consume soy without apparent health issues. This is mainly because they usually take fermented soy products. Fermenting degrades phytic acid although it doesn’t eliminate isoflavones. If you are going to take soy, select the fermented products and take in small amounts.

A couple of years back, the food industry started switching from ‘low linolenic soybeans’ to modified version of soybean oil in an attempt to reduce trans fats in food. Trans fats labeling on food packs even became mandatory. The low-linolenic oil doesn’t necessarily require hydrogenation. This is the process that enhances stability, durability, and flavor. However, it triggers the formation of trans fats. Most food companies can’t tell their customers the amount of low-linolenic oil from soybean in their products. But definitely, it appears that the content can be quite high.

Some manufacturers claim that their products contain “healthier” vegetable oils. Nevertheless, these oils can still be disastrous to some people. Food companies can drastically adjust the sensitive omega-6/omega-3 ratio that regulates many biochemical pathways in the body. This can potentially cause an increase your chances of developing many chronic degenerative conditions. Apart from low-linolenic soybean oil claims, over 90% of canola, corn, and soy oils are sourced from genetically modified seeds. The main aim is to help them endure the lethal doses of pesticides and herbicides in the farm. This is another reason you should, by all means, avoid the use of these the dangerous and harmful vegetable oils.

In reference to Dr. Joseph Hibbeln from the National Institute of Health, the human health is in jeopardy from the use of genetically modified (GM) foods. Shockingly, it is estimated that every American gets 10% of their calories in the form of oil every day which has been sourced from soybean. This is double tragedy because apart from being sourced from genetically modified seeds, it is also unhealthy in relation to the above study. This is irrespective of whether it is organic.

Coconut oil happens to be the best when it comes to saturated fats and comes with many health benefits.

In multiple studies on Pacific Island, it has been demonstrated that people who receive 30-60% of their daily calories from saturated coconut oil rarely get cardiovascular disease. For nursing mothers, pregnant women, the elderly, and athletes, coconut oil can help in enhancing their overall wellbeing.

One of the many reasons that make coconut oil to be useful in improving health is that it is rich in lauric acid. It converts the body into a monolaurin. This compound which enhances immunity is commonly found in breast milk. Its medium chain triglycerides (MCT) or fatty acids also have some other health benefits, such as increasing your body metabolic rate and fighting viruses, fungi, and bacteria among other pathogens.

Additionally, coconut oil contains smaller amounts of capric acid, which is a fatty acid that has antimicrobial properties.

Coconut can also improve your thyroid function. In addition, a recent discovery found out that coconut oil can work as a natural treatment for Alzheimer’s disease. This is because it medium chain triglycerides produces ketone bodies which fuel the brain and can also prevent it against from atrophy which is linked to dementia.

Apart from the featured study, several studies in the past have shown that coconut oil can help in weight loss. This is due to its medium fatty acids which also helps in removing the adipose fat in cells. In one study, it was found that rats which were fed long chain fatty acids (commonly found in vegetables) stored body fat. On the other hand, rats fed on medium chain triglycerides (like in coconut oil) reduced body fat. The researchers also noted improved glucose tolerance and insulin sensitivity in the latter. In particular, the expression of adipogenic genes was kept under control by the medium chain triglycerides.

In a different study in 2003, medium chain triglycerides were shown to boost energy expenditure and decrease adiposity in men who were overweight. In this study, 24 men who were overweight took diets rich in MCT or LCT (long chain triglycerides) for 28 days. Participants who took MCTs lost significant weight and had more energy than their counterparts who took LCT. However, LCT was sourced from olive oil as opposed to soybean oil.

Currently, conventional advice relating to coconut oil and cholesterol are not only untrue but also deceiving. Several studies have shown the many benefits of coconut oil on cholesterol and cardiovascular health. According to researchers, it has been demonstrated for a long time that suppression of thyroid triggers an increase in serum cholesterol. This puts you at a higher risk of cancer, infections, and heart disease. However, bringing cholesterol level down to normal can be achieved if your thyroid hormone is restored. As previously stated, coconut oil helps to balance your thyroid and normalize your cholesterol levels. When added regularly to a balanced diet, coconut oil lowers cholesterol by promoting its conversion into pregnenolone. Populations who regularly eat coconuts have lower cholesterol than people living in the United States.

Other Benefits of Coconut Oil

When used topically, coconut oil can help protect hair against damage. It also acts as a sunscreen and keeps your skin moisturized. In reference to a study which was published in the medical journal Food and Function, coconut oil enhances antioxidant levels and can slow aging. It reduces stress on the liver and lowers oxidative stress. Because of how it works with the liver, coconut oil may also support detoxification process. Thanks to its strong antimicrobial properties, you can use coconut oil as a mouthwash in a process known as oil pulling. It eliminates bacteria, improves dental health and reduces bad breath. Coconut oil prevents osteoporosis by fighting free radicals while promoting absorption of calcium along the digestive tract. Studies in patients with osteoporosis have shown that coconut oil not only increases bone volume and structure but also prevents bone loss.

In general, some of the foods that are rich in trans fats include:

Other than soybean oil, you should avoid other varieties such as canola oil and corn oil. Therefore, it is important to check the labels carefully when shopping. If your goal is to eliminate these dangerous fats in your diet, avoid processed foods by all means. Then, you should use the following tips to ensure that you are consuming the right fats that won’t compromise your health:

This study has shed more light on the health benefits associated with the use of organic coconut oil. The findings should change our conventional thinking about the use of vegetable and other types of cooking oils. If participants who received coconut oil supplementation started to see the results in just one week, what could be the benefits in the long run? However, it is imperative to make healthy lifestyle choices even if you resort to the use of coconut oil to improve your health. Eliminate junk and processed foods in your diet and incorporate more healthy whole foods. Most importantly, ensure that you are using coconut oil that is organic and unrefined. It should also not contain any GM ingredients.