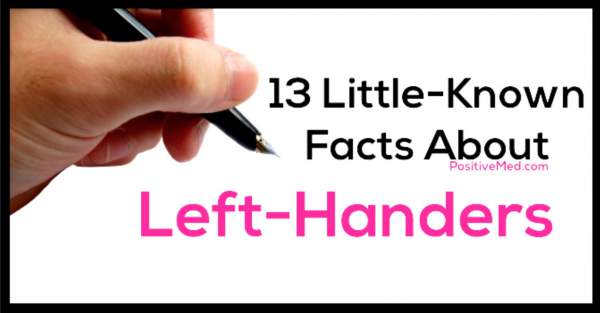 About 5 to 15 percent of people are left-handed! Interestingly, 4 out of the last 7 U.S. presidents are left-handed: Presidents Obama, Bill Clinton, George H.W. Bush, and Gerald Ford. Other famous examples of left-handers are: Joan of Arc, Napoléon Bonaparte, Alexander the Great, Leonardo da Vinci and Michelangelo.

This interesting infographic shares some little-known facts about left-handers: