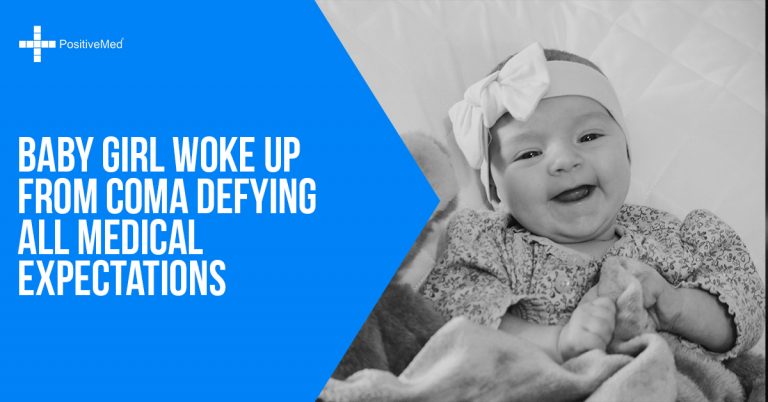 Imagine the trauma of having your 1-year-old daughter struggle against a deadly virus. The germ can potentially destroy her nervous system. The stress escalates when doctors advise putting her into a comatose state. You reluctantly consent, hoping the drastic measure will save her life.

Two months later, your baby is still unresponsive. Now, you’re told to just pull the plug on her life support. The doctors have given up hope for her recovery. What would you do?

This was the horrific decision facing the parents of Marwa, living in France. Meanwhile, her twin sister needed their care. Two months of hospitalization had drained the family’s finances.

According to the American Society of Anesthesiologists, a medically-induced coma is a procedure rendering a state of unconsciousness. The patient receives a controlled amount of anesthetic to protect their brain from swelling. The drug reduces blood flow to the brain, along with its active function.

When brain tissue drastically expands, it impairs the supply of blood and oxygen, putting additional cells at risk for death. The condition becomes life-threatening. Doctors only perform a medically-induced coma when brain swelling doesn’t respond to other treatments. With a patient unconscious, their brain can rest, allowing swelling to decrease. By reducing brain pressure, the damage is less likely. However, being comatose for more than two weeks can permanently injure the nervous system.

Marwa’s doctors feared that continuing the coma would render her nonfunctional if she did wake up. Called a persistent vegetative state, this status results from brain injury. The chance of recovering after three months of coma is highly unlikely. A person can remain in a vegetative condition for weeks, months, or years.

Still, it is possible for comatose patients to have their brain function restored. Marwa’s parents clung to this shred of hope. However, they needed the backing of others who shared their viewpoints. Alone, they lacked substantial clout. Would post on Facebook help?

Dad decided to write a petition, asking the hospital to grant his daughter more time. He named the online campaign, “Not Without My Marwa.” His post called upon Facebook members for prayer, signatures, and donations. Much to the family’s surprise, the petition drew 115,000+ supporters!

Court officials ruled in Marwa’s favor, granting the family a 2-month extension of her care on life support. Just 10 days later, the baby awoke! On November 22, 2016, dad posted a Facebook video, documenting the miraculous moment. Look at this precious face.

Dad reports that Marwa’s progress continues on a daily basis. The baby responds to Papa’s voice, sometimes sweetly smiling. Mama has stated on Facebook that all her child’s organs are functioning normally. Can you imagine the joy!

Marwa’s recovery, along with that of other comatose patients, validates recent groundbreaking news! A 2015 study proves that hearing a loved one’s voice rouses the unconscious brain and can expedite restored function.

At Hines VA Medical Center in Illinois, neuroscientist Theresa Pape and her staff enrolled 15 comatose patients in an experiment. Relatives were asked to record stories from their shared past on a CD. Hospital staff played the recordings for patients over headphones. Each patient listened to the 10-minute stories four times a day for six weeks.

MRI images showed the subjects’ brains lighting up in response. Red and yellow patterns on the films represented increased neural activity. The activated regions involved language and memory processing, showing higher oxygen levels. Though the patients outwardly appeared brain dead, they were alive! Here’s a video clip of the extraordinary outcome of one study participant.

Comatose patients hearing loved ones’ stories awaken faster than those without this point of contact. They also have better outcomes. Listening to relatives’ voices stimulates brain circuits that store long-term memories. Consequently, patients become conscious of their environment and start speaking. They achieve the first step of recovery!

Dr. Pape reports that after “voice treatments,” patients progress to participating in speech, physical, and occupational therapy. Such intervention is vital to restoring physical function. Voice treatments also benefit families who otherwise feel helpless. Making the recordings involves them in their loved one’s recovery. Neurorehabilitation and Neural Repair published the brain study in its January 22, 2015 issue.

In the US, traumatic brain injury (TBI) befalls one person every five seconds. A devastating event, it’s a common consequence of motor vehicle accidents, violent assaults, and bomb traumas during military service. The VA study is revolutionizing the medical approach used for TBI patients.

Since this diagnosis is increasing in frequency, you’re likely to encounter someone who’s suffered a blow to the head. Here’s how you can aid an affected family.

Save this article to your computer, and print it for those involved in the patient’s medical care.
Advise the patient’s family to contact the hospital’s physical therapy department. Therapy professionals can help families construct voice treatments and oversee their implementation.
Tell family members to review their photo albums and past events shared with their loved one. If you know the patient personally, recount your favorite times together. Then, record a narration of meaningful moments, such as when you both attended a wedding, party, or vacation. Infuse the stories with what you each saw, felt, smelled, touched, or tasted. Involving the senses brings memories to life.
For example, you might recall a day at the beach, soaking up the sun’s warmth, inhaling the salty air, jumping over waves, hitting a volleyball, and relishing an egg salad sandwich. Write down at least eight stories, and practice reciting them until they sound natural. Then record them, using the patient’s nickname if they have one.
Bright Hope

TBI and coma don’t constitute a death sentence. Marwa’s story is a poignant testimony. The human brain is a mystery whose shadows are coming to light. Be a ray of hope for a person with TBI.