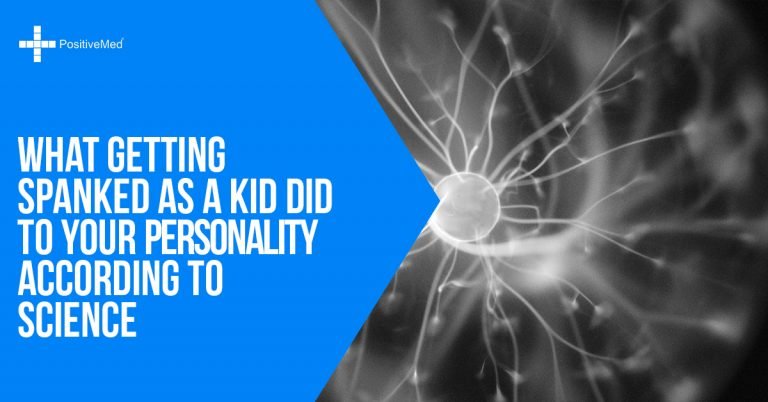 The effectiveness of spanking children is currently a hotly debated subject all over the world. Most people who are more than 30 years old grew up getting spanked, although mostly for extreme transgressions. Most of them are now parents and some are wondering whether spanking our kids is effective. As a result, a lot of people turn towards science for answers.

It turns out that spanking might actually hurt, and it could be in more than just the physical sense. Instead of encouraging children to fall in line, science shows that spanking generally makes children more rebellious.

The Journal of Family Psychology recently published a study concluded by the University of Michigan and University of Texas experts. The study analyzed five decades of spanking research that represented approximately 160,000 children. It found that kids spanked on a regular basis are more likely to defy their parents. They are also more liable to increased antisocial behavior, cognitive difficulties, aggression, and mental health issues. Chances are therefore high that getting spanked as a kid did you no good. In fact, this new research suggests that spanking probably worsened your behavior.

Spanking is defined as hitting the behind or extremities with an open hand and not what can be considered abusive. As such, the study’s focus was on what the majority of Americans would recognize as spanking as opposed to potentially abusive behaviors.

The results were not good

The study’s authors, Elizabeth Gershoff and Andrew Grogan-Kaylor, discovered something disturbing. The more an adult was spanked as a child, the more likely they are to develop various negative outcomes later in life. According to Elizabeth Gershoff, spanking is associated with unintended detrimental results. Additionally, spanking does not associate with either immediate or long-term compliance, which are the intended outcomes of parental discipline. Adults spanked as kids are also more likely to either punish their own kids physically or support the practice. The cycle goes on and on.

It actually gets worse

Grogan-Kaylor and Elizabeth Gershoff also compared spanking’s negative effects with the adverse impact of physical abuse on children. According to the news release, both practices were associated with the same undesired and harmful outcomes. Gershoff stated that as a society, we generally think of physical abuse and spanking as distinct behaviors. The research indicates that physical abuse and spanking are associated with the same negative outcomes in children. However, the effect of spanking is to a slightly lesser degree.

Regardless of this, spanking continues

In 2010, University of North Carolina researchers published the findings of a survey conducted in 2002 on corporal punishment. Approximately 80% of preschoolers in the United States experienced spanking as a mode of discipline. In addition, nearly half of the children between eight and nine years old were hit with objects like paddles and switches. According to NBC News, a 2013 poll found 81% of Americans think it is sometimes appropriate for parents to spank their children.

It is understandable that these numbers might sound high. However, NBC News also reported that corporal punishment practiced inside homes is technically legal in every state. While statutes vary from state to state, the consensus is that physical punishment has to be reasonable and not excessive. This agreement still stands although in 2012 the state of Delaware passed a law saying it couldn’t cause any pain or injury. Additionally, proposed legislative bans have failed to pass in several states, and courts generally uphold parents’ right to spank.

These researchers hope that parents will think twice about spanking their children after seeing the findings of this study. Gershoff said that they hope their study helps to educate every parent about the potential harms of spanking. They also hope that the findings will prompt parents into trying non-punitive and positive forms of discipline.

Considering the potentially adverse effects of spanking, parents should seriously consider alternative modes of asserting control. This need is also emphasized by the fact that spanking has been shown to work against its intended purpose. The study reveals that spanking your children will most likely make them more defiant even though the aim is to instill discipline.