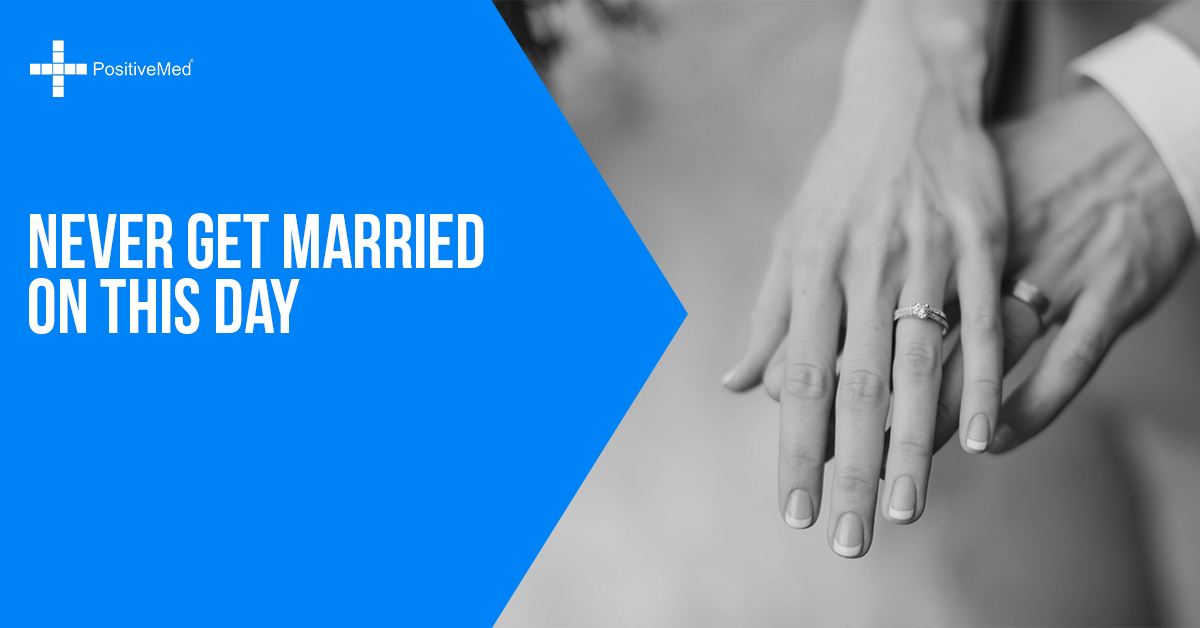 Of all the decisions that getting married entails, the actual date of a wedding might not seem like such a big deal. However, it turns out that some days are worse than others when it comes to weddings. A recent study conducted on the worst days to get married on came up with some surprising findings. According to the research, people who get hitched on gimmick days end up divorced more often than those who do not. You probably know that many people went out of their way just to get hitched on November 12, 2013, also known as 11-12-13. As it turns out, getting married on this particular day might not have been a great idea after all.

University of Melbourne researchers studied information on the marriage and divorce of couples in Netherlands from 1999 to 2013. The time span covered more than a million marriages. The study showed that the number of weddings occurring on a particular day surge when the day is numerically special, or it’s Valentine’s Day. Special or “gimmick” days are those with the same numbers, sequential numbers, or mirror numbers. Examples include 10-11-12, 12-12-12, and 20-12-2012.

During the study’s test period, about 201 couples got married on a typical day and 635 on a special day. Individuals choose such dates for various reasons including ease of remembrance and the perception that they are lucky. However, divorce statistics show that special wedding dates are not as lucky as previously perceived. The findings showed that couples who wed on Valentine’s Day were 45% more likely to divorce than those who did on ordinary days. This result generally applied after three years of marriage. Additionally, individuals who married on same number dates such as 08-08-08 were 30% more likely to divorce.

RELATED ARTICLE: Marriage Therapists Explain 4 Ways To Predict Divorce And How To Turn It Around

By their fifth anniversary, Valentine’s Day and same number date marriages had failure rates 41% and 28% higher than those begun on regular dates. Those who married on sequential number dates such as 06-07-08 also showed higher chances of divorce over longer periods of time. However, those who married on mirror dates such as 20.01.2001 had the same divorce rates as those with normal wedding dates. The dates themselves are merely numbers and cannot be responsible for the collapse of marriages. As such, the question remains why do gimmicky wedding dates correlate with divorce?

According to Professor David Ribar and Jan Kabátek, both authors of the study, it is about the type of individuals. It all depends on those who decide to get married on numerically special dates and Valentine’s Day. Ribar states that people who choose special dates are more likely to have married once before and have children already. In terms of education and age, special date couples were found to be less alike than those who wed on ordinary dates.

External factors like wanting a specific date may influence the relationships and decisions surrounding the marriage of special date couples. The authors say that this is most likely why they have higher divorce rates. Such marriages are not necessarily influenced by the internal workings of that particular relationship. It is probable that their compatibility and the characteristics of their relationships affect ordinary date spouses more strongly than special date couples.

READ ALSO:  DO NOT GET MARRIED Unless You Ask Your Partner These 11 Questions!

When it comes to marriage, the decision involves choices about when and whether or not you should marry. When to marry might influence some people’s decision on whether to get married. This usually applies if they are considering a numerically or romantically special date for the ceremony. The normative implication here is that considering and deciding about whether ought to precede that of when.

As such, you should take a step back and take a hard, long look at your relationship. This applies in particular to those who intend to delay until 02-20-20 or plan to get hitched on Valentine’s Day. Evaluate your decisions and assess whether or not the date itself has any influence on your desire to marry. If the date has some influence, you should rethink your entire life’s plan.