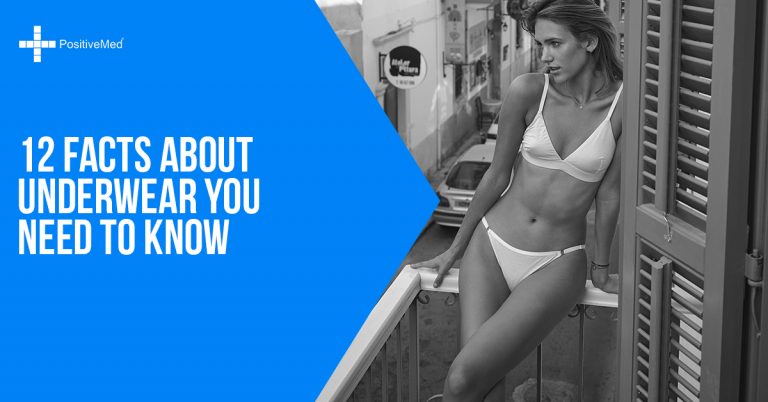 You wear underwear every day (or most days at least), but how much do you really know about it? You know your preferred color and style, sure, but there is probably a lot you do not know. These are 12 true facts about underwear that you absolutely must know.

1. Cotton is the most hygienic and breathable fabric for underwear to be made of. Though today’s underwear is created with a variety of different materials, such as silk, polyester, and satin, they almost all have cotton linings.

2. Don’t wear underwear that is too tight. Tight underwear makes it harder for your skin to breathe and leads to the growth of bacteria. Wearing dirty underwear can also help bacteria to breed and cause urinary tract infections, so remember to change your underwear often.

3. Around 10% of American women own more than a month’s supply of underwear, more than 35 pairs. The average woman in America owns 21 pairs.

4. Experts believe as much as 64% of women wear the wrong bra size. It is important to get your bra size measured correctly as an ill-fitting bra can cause discomfort and back pain.

5. Unless they are washed properly and worn infrequently, most bras should be replaced every six months. If they are used for longer, the elastic can get stretched out and they will not support you as well.

6. It is unclear who created the very first bra as there are several legitimate claims. Most often a New York woman by the name of Mary Phelps Jacobs is credited with inventing the modern bra, in 1914. She had her maid sew together two handkerchiefs with ribbon and patented the design. Later on, she sold the patent to the Warner Brothers Corset Company for $15,000.

RELATED ARTICLE: This is What Happens if You Don’t Change Your Underwear Every Day

7. Thongs were invented in direct response to public nudity. In 1939, the mayor of New York City passed a law that required all nude dancers in the city to wear thongs instead of going completely commando.

9. Worldwide, the underwear industry has an estimated worth of over $30 billion. Bras make up over 50% of that market and briefs make up close to 33%. The country with the fastest growing underwear market is China. They grow an estimated 20% each year.

10. The market for men’s underwear never fluctuates that much. In times of depression or economic prosperity, people are always buying men’s underwear. If sales do, in fact, drop, it indicates the economy is in very bad shape. This was the case during the global economic crisis of 2009 when sales dipped 2.3%. Since that time, the economy has improved greatly and so has men’s underwear sales. In 2011, the industry grew by 6.4%.

11. On June 13, 2010, a ten-year-old boy from New York broke the world record of most pairs of underwear worn simultaneously. Jack Singer put on 215 pairs at the same time, beating the previous record of 200.

12. It wasn’t until the mid-1800s that women began wearing underwear. Before that point, it was thought to be improper for a woman to put anything between her legs. Pants were considered a men’s only garment. Women of that era had to wear heavy petticoats to prevent cold breezes from blowing up their skirts and exposing them. This is also why women rode sidesaddle on horses.

These 12 must-know facts about underwear were provided to inform and entertain, to help you make more informed choices about your underwear and just win at your local trivia night. Remember to replace your underwear often, always choose cotton, and change your underwear daily! And be thankful that we have so many safe and comfortable underwear choices!