Also known as epistaxis, nose bleeding is a common problem for both adults and children. It is usually caused by a minor nose injury, excessive blowing the nose, prolonged exposure to heat, or nose picking. Though experiencing it can be very frightening, it is very rare that nose bleeding can be life-threatening. In fact, most often it can be treated at home using these five natural ways to stop a nosebleed. 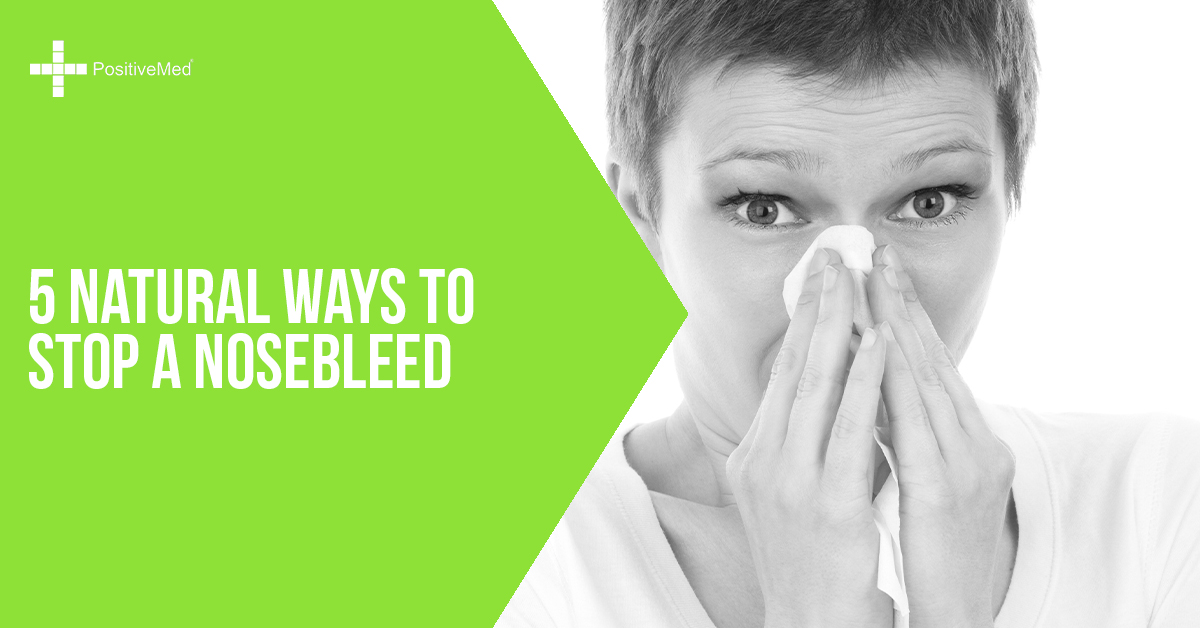 Before applying any treatment to stop a nosebleed, make sure you pinch the soft part of your nose. Using your thumb and index finger, apply pressure on it to stop the blood flow. Sit down with your head a little tilted forward to stop the blood from running down to your throat. Release the pressure and blow your nose softly to clear any clots that may hinder the sealing of the blood vessels. Repeat the process every 5 minutes. If the bleeding still continues, use the following natural remedies.

Onions are a powerful treatment for nose bleeding as they contain blood clotting agents. They also contain bioflavonoids and vitamin C, which are essential in strengthening the blood vessels. Even their natural fumes are strong enough to stop the bleeding.

Cut the onion into thick slices. Inhale the fumes to immediately stop the bleeding and place one slice under your nostrils. You can also squeeze its juice and put 2 to 3 drops of it on each nostril.

This fiery spice plays an important role not only in spicing up your food but also in treating different health issues such as nose bleeding. It contains a nutrient that helps adjust the blood flow in the vessels and promotes expedited clotting. As it travels through your circulatory system, it removes the blood pressure from the bleeding areas. It also contains Vitamin C, a nutrient that strengthens the blood vessels, which in turn, prevents nose bleeding from recurring.

In a glass of lukewarm water, add one teaspoon of Cayenne powder and drink it every day. Cayenne can also be added to your food or taken in capsule form to stop a nosebleed.

Coriander is a herb that is very popular all over the world not only for its properties that add aroma to a dish but also treat various health problems. It is loaded with essential nutrients to help strengthen the blood vessels and is highly recommended to stop nose bleeding. Its soothing and cooling properties help stop nose bleeding in almost an instant. It also helps balance the pressure of the blood flow in the vessels. Another essential element contained in the coriander leaves is the antihistamine, which helps prevent allergies that usually trigger the nose bleeding.

Also known as Tulsi, the holy basil is popular for its healing properties. It is one of the most effective remedies for a sore throat, cold, and nose bleeding. Its nerve tonic properties soothe stressed nerves and blood vessels in the nose, which helps stop the bleeding.

Simply chew a few pieces of basil leaves to help calm the blood vessels and minimize the pressure of the blood flow. You can also squeeze out the juice from the basil leaves and put a few drops of it in both nostrils.

Lemons are known as a one-stop solution for skin and hair issues. But there is more to that that lemons can offer. They make a potent natural remedy for nose bleeding. Their high acid content help stops the bleeding fast. They are also rich in Vitamin C, which helps strengthen the blood capillaries inside the nose.

READ ALSO: Blood in Your Bodily Fluids – Warning Sign You Should Never Ignore

Squeeze the lemons to get its potent juice. Using a clean dropper put a few drops of it inside both nostrils.

The above-mentioned natural ways are the most effective remedies to stop and prevent nose bleeding. However, if the bleeding recurs or continues for more than 20 minutes, seek medical advice as it may be a sign of an underlying health condition.