In the 1600s, Puritans expelled James Mattock from the First Church of Boston for refusing to have physical relations with his wife. Although the community clearly saw Mattock’s self-deprivation as improper, they most likely had the suffering of his wife in mind before expelling him. According to these Puritans, physical desires were a healthy and natural part of life as long as they remained hetero$exual and confined to marriage. 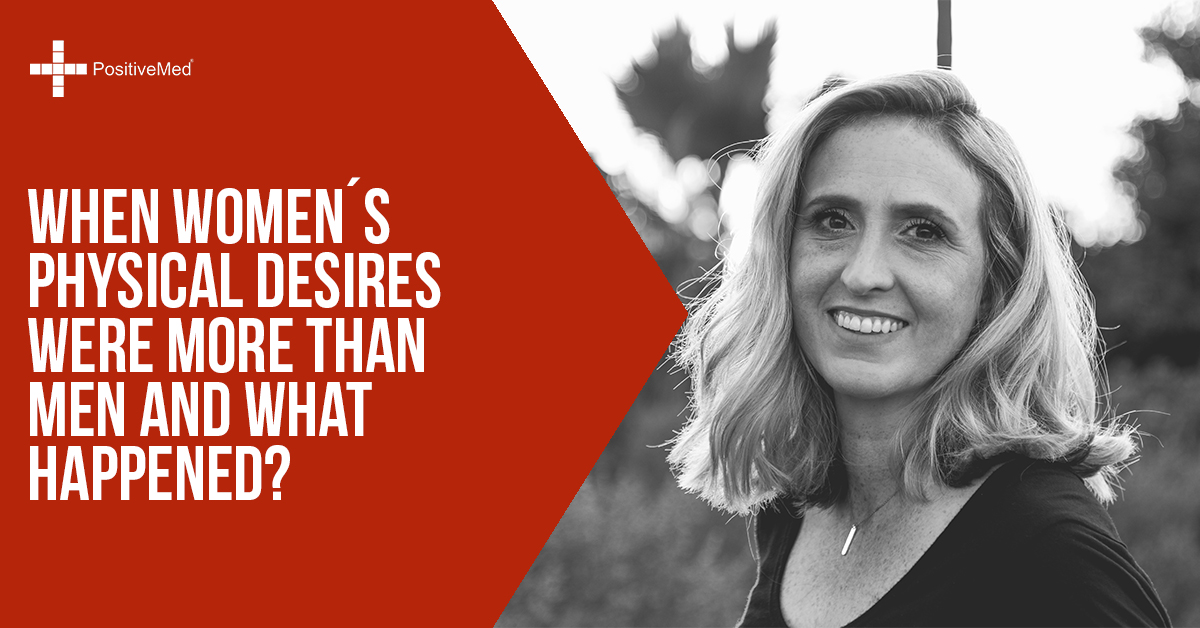 Back then, the consensus was that men could give up getting down with little trouble. However, such deprivation would have been comparatively harder for women since they wanted and needed physical affections much more than men.

From ancient Greece to the early nineteenth century, the assumption was that women had a comparatively greater physical drive. According to Francisco Plazzonus, childbirth wouldn’t be worthwhile if the pleasures derived from getting down were not greater for women than men. According to Montaigne, physical affection is a discipline born in the veins of women.

In addition to having far more knowledge compared to men, women were considered incomparably more adept and ardent in lovemaking. By then, the idea that women lacked passion had not yet taken hold. Enoch Heinrich Kisch, an Austrian gynecologist, believes the natural impulse in women is so powerful that its primitive force dominates their entire nature at certain periods of life.

Having passion was later deemed as an indication of the inferior moral, intellectual, and reasoning capabilities of women. This particular notion served to justify the tight control of husbands and fathers exerted. Power and influence came into play.

Since men had superior self-control abilities and therefore not as consumed with lust as women, they were more naturally suited to hold powerful and influential positions. Havelock Ellis, an early 20th-century psychologist, documented this ideological change, citing various historical sources of nearly the same mindset regarding women’s greater physical urge.

According to Nancy Cott, a historian, the rise of evangelical Protestantism catalyzed this change. Since congregations were increasingly made up of middle-class white women, Protestant ministers probably saw the wisdom in portraying these congregants as moral beings.

RELATED ARTICLE: What Does Female Blue Balls Feel Like?

Women welcomed and helped to construct this portrayal since it offered them a way of achieving some degree of equality and even superiority. With an emphasis on purity, Christian women were exalted way above human nature through the gospel. As such, women willingly sacrificed the recognition of their physical desires to be the new symbols of religious devotion.

Lacking passion was the only way a woman could gain admission to moral equality. Positioning themselves as naturally virtuous and chaste was how Protestant women made their case as worthy intellectual and moral equals. They could then participate in important activities such as politics, albeit only as social reformers supporting noble causes such as charity for the poor.

By 1981, the times had apparently changed. According to H. Fehling, the idea that young women have as strong an impulse to the opposite gender as young men is altogether false. He believed the appearance of a physically affectionate side in the life of a young girl to be pathological.

Bernhard Windscheid postulated that physical instinct is acquired and not inborn in the average woman. He went on to suggest that women could not miss this instinct before having an occasion in life to learn it. He based his entire conclusion on the assumption that before marriage, women have no knowledge of such instincts.

Today, it is surprisingly considered pervasive to think women are more interested in getting it on than men. According to popular assumptions, men simply need physical activity in a way that is utterly unnecessary for women. It might be because of human nature or hormone levels. As such, society assumes something is wrong with any woman who finds these physical needs necessary. The concept that men are naturally more interested in physical affections compared to women is ubiquitous to the extent that imagining a different ideology is almost impossible.

The ideas on gender and $exuality are not similar everywhere as a result of which debate and differing views existed within every time and place. This stereotype was not evenly reversed or done all at once. As such, tracing this occurrence is not simple.

It is however quite notable that gender roles gain power from appearing natural and eternal. We can, however, draw aside this veil by looking to the past and seeing such categories as there are. They were created by individuals and can, therefore, be changed by people.