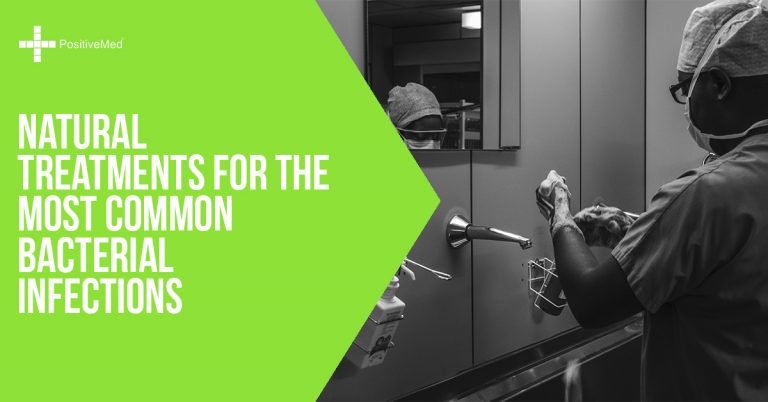 Some common bacterial infections are quite bothersome, especially since they go away for a while and come back at the worst possible times. Antibiotics rarely seem to work regardless of how diligently you administer them or even when you get a different type. At times, antibiotic side effects make these diseases even worse than they were and you might wonder whether the treatment could be the problem.

An inflammatory condition of the lung primarily affecting the alveoli, microscopic air sacs. Bacteria causes pneumonia, and symptoms include trouble breathing, fevers, productive or dry coughing, and chest pains, all in varying severity. Resulting in approximately 4 million deaths yearly, pneumonia affects 7% of the world’s population, about 450 million people. Other lung diseases including cystic fibrosis, asthma, and COPD, heart failure, diabetes, a smoking history, and a weak immune system are all high-risk factors for pneumonia.

RELATED ARTICLE: 9 COPD Warning Signs You Probably Confusing With Tiredness and a Headache

A bacterial infection involving streptococci and Staphylococcus aureus, which affect the skin’s inner layers, specifically the dermis and subcutaneous fat. Symptoms include fatigue, fevers, and painful red areas on the face and legs that increase in size several days later. In 2013 alone, cellulitis caused about 30,000 deaths globally.

A bacterial infection that is more prevalent in developing countries. H. pylorus is present in the upper gastrointestinal tracts of at least 50% of today’s population. It is associated with the development of gastric ulcers, chronic gastritis, stomach cancer, and duodenal ulcers. Symptoms include vomiting, stomach pains, bloating, nausea, belching, and black stool.

READ ALSO: Find Out the Difference Between Bacterial, Parasitic, And Viral Infections

A vaginal disease resulting from excessive growth of bacteria. Symptoms include increased white or gray fish-smelling discharge, burning when urinating, and itching. BV can double the risk of early delivery, and infection by several other $exually transmitted diseases such as HIV/AIDS. In women of reproductive age, it is the most common disease, affecting between 5% and 70% at any given time.

A fungal disease commonly caused by a genus of yeasts, affecting the bloodstream and major organs, especially immune-compromised patients. It affects more than 90,000 people in the U.S alone every year.

A $exually transmitted disease caused by Chlamydia trachomatis, a bacterium. Although symptoms rarely develop, discharge, burning sensations, and swellings could take weeks to occur after infection. It can cause pelvic inflammatory disease in women, posing ectopic pregnancy or future infertility risks. It can lead to trachoma if untreated, a common cause of blindness.

The inflammation and infection of hair follicles, occurring anywhere on the skin except for the soles of the feet and the palms. Symptoms include rash, itching skin, and pimples around a hair follicle.

A deep folliculitis infecting the hair follicle, commonly caused by the bacterium Staphylococcus aureus. The accumulation of dead tissue and pus causes a painful swelling on the skin. Symptoms include red, bumpy, red, pus-filled lumps forming around hair follicles. Boils are tender, warm, and quite painful.

Over-prescription and the side effects of antibiotics

The use of antibiotics is increasing at an alarming rate. According to health experts, about 11.4 million unnecessary antibiotic prescriptions are given on a yearly basis. Antibiotics usually fight against bacterial infections.

Taking excess antibiotics damages or kills the beneficial bacteria together with the dangerous ones. The surviving bacteria then develop immunity to antibiotics, lessening the effectiveness of the dosage as the bacteria spreads throughout the body, building resistance. As a result, once treatable infections fluctuate to painful and extended illnesses.

Natural remedies for bacterial infections include:

A powerful herb known to reduce cancerous tumors. The curcumin present in turmeric contains anti-inflammatory and antibacterial properties in addition to high antioxidant contents. Grind fresh turmeric to make turmeric paste, which you can apply on your skin to treat bacterial infections of the skin. For respiratory infections, ingest turmeric powder with warm milk or water. Adding turmeric to your daily diet also helps in the prevention of various bacterial infections.

This is arguably the most readily available and most potent natural remedy for bacterial infections. Taking 4-5 cloves of garlic daily effectively prevents bacterial attacks and treats most bacterial infections of the respiratory, urinary tract, digestive, and skin. Chewing and swallowing raw garlic it the best way to ingest this natural remedy. You could also prepare garlic tea by boiling some cloves of garlic and then steeping them for about ten minutes.

Helps to treat bacterial infection of the stomach and respiration. It heats up the body, encouraging blood circulation, which reduces the potential of bacteria in the body. Consuming ginger tea 3-4 times each day helps in the treatment of respiratory infections. For bacterial skin infections, use ginger extract to massage the affected areas. Taking a stalk of ginger daily reduces pain levels and prevents most bacterial infections.