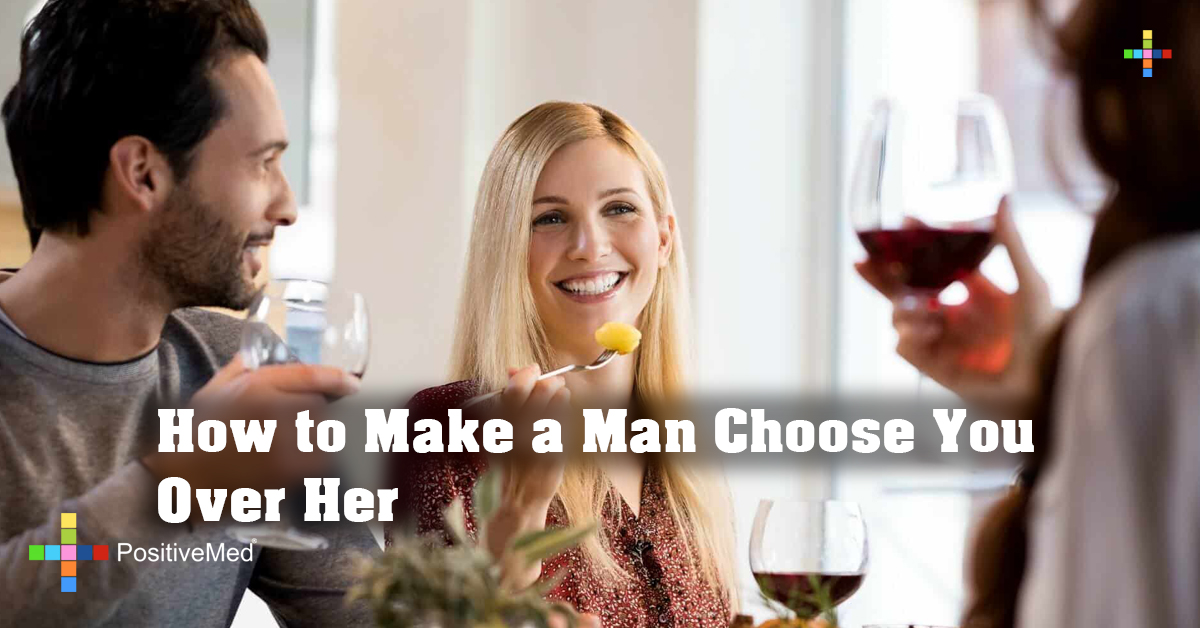 How to Make a Man Choose You Over Her

There should never be a time when a woman has to do anything to “make a man choose her over someone else,” but unfortunately, the follies of society are as such. Women sometimes find themselves in undesired sharing situations, and they eventually want a full commitment or a relationship pink slip. They want to make the man choose and get him to choose her immediately. There’s more than one unscientific way to make that happen. Let’s examine three and see how they connect: contrary action, self-love action and divine love action.

The “contrary action” strategy is a psychological technique that some people use in various types of recovery systems to “trick” themselves into believing that they want something that is contrary to what they truly want. In other words, users of this method take the stance that the woman’s greatest desire is the man in question, and she must use everything in her power to force herself to desire something else because that one man is just that awesome.

An example of the concept: Evan is Susie’s entire world, but he is stringing her along. She must now force herself to go to the live ballet show instead of seeing him like she truly wants to do. She hates ballet, but she thinks she has to replace Evan with something. She also feels that her actions may throw Evan for a loop, and he may wonder why she seemed to lose interest in him. Perhaps, this action will activate a sense of loss in him and cause him to make a decision.

Th self-love action strategy is a personal strategy that holds a viewpoint that what the woman truly wants is love, and she must learn about-not trick herself into-loving herself so that she no longer settles for less-than-humane treatment.

RELATED ARTICLE: Do This One Thing to Make Her Want You More

An example of the concept: Tiara’s “personal friend” Moe will not choose between her and another woman. Tiara realizes during reflection that something is terribly wrong with being in such a situation. She discovers through various personal studies that she didn’t love herself enough because she had never before experienced genuine love. She started to heal her wounds and dismantle the false beliefs that had been dealt to her throughout her life. She ended things with Moe and went solo to get to know herself. She now feels that Moe may choose her one day, but it’s fine if he doesn’t. She will no longer accept second best.

The divine love action strategy is a biblical strategy that teaches women to seek the divine love of the Creator, which eventually teaches them to settle no longer for less than biblical relationships.

An example of the concept: Becky reads in the Bible that the Lord loves women unconditionally. She reads that he forgives naughty relationships like the one she has with Don. She starts praying one day and reading that book. Suddenly, she discovers that he does love her-perfectly and unconditionally. She starts spending a lot of time with this entity, and she becomes a happier person. In private, she forgives Don for not choosing her, and she thanks the Lord for choosing her. Don may or may not realize that he had a dedicated woman in Becky, but Becky will survive even if he doesn’t.

How the Three Methods Come Together

How It All Works Out for the Best