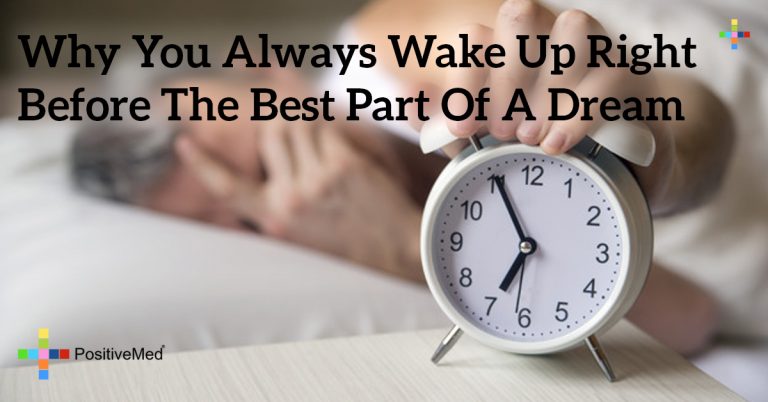 [nextpage title=”…”]
Human beings have been fascinated by their dreams since the beginning of time, often believing them to carry powerful messages and answers to pressing questions. Just as nightmares can leave us traumatized in the morning, a truly amazing dream can put a smile on your face for the rest of the day. The problem is, why do we always wake up just before the best part of our dreams, essentially the climax?

First, let’s touch on the different stages of sleep, as each stage determines how vivid your dreams are, and the control you can more or less have over them them.

1. Stage 1 (NREM1 or NI)
This is basically the first stage between being awake and asleep, also referred to as somnolent or drowsy sleep. At this point the muscles are still relatively active, as well as the eyes. During the stage 1 phase breathing becomes more steady and the heart rate gradually slows down. It’s extremely rare to dream during this stage, although twitches, knee jerks, and sudden movements are quite common while the body shifts into deeper sleep and brainwaves begin to transition into more complex patterns. This period of sleep usually lasts 10 minutes or less, making up about 5% of total sleep time.

2. Stage 2 (NREM2 or N2)
This is technically the first “real” stage of sleep, in which muscle activity slows down almost to the point of absolute stillness, and awareness of one’s external environment decreases considerably. If any sounds are overheard, the sleeper generally won’t be able to understand their context. According to How Sleep Works, sleepers often pass though this stage more than once during the night, with more time spent in stage 2 sleep than in any other.

3. Stage 3 (NREM3 N3)
Also known as deep, delta, or slow-wave sleep (SWS), this is the phase in which the sleeper is completely cut off from the world and unaware of any outside stimuli. Stage 3 sleep usually occurs during the first half of the night, and accounts for around 15%-20% of total sleep time. Blood pressure, brain temperature, breathing and heart rates are all at their lowest during the stage 3 sleep cycle, with dreaming the most likely at this point. The processing of dream-induced information takes place during this time, and it’s extremely difficult to be woken up.

RELATED ARTICE: The Cause of Hypnic Jerks While Falling Asleep
[/nextpage] [nextpage title=”…”]

Once you’ve hit stage 3 sleep and make the shift into REM territory, that’s when the vivid dreaming begins. By this point the muscles in the body have become completely paralyzed to prevent self harm while dreaming, and the body’s core temperature is at its lowest. When you find yourself basking in a particularly lucid dream, it is during the REM phase. Whereas dreams that occur during stages 1-3 are seldom remembered, dreams that take place during the REM stage are likely the ones you will be able to recall in the morning.

So why do you always wake up just before the best part of a dream? According to an article published through Mirror Online, it’s not so much a matter of the body waking up at the “best” or “worst” part, but rather that your memory is at its most acute at the exact point in which you wake, no matter where in the dream that takes place.

Many sleep experts recommend keeping a dream journal by your bed and writing down your dreams as soon as you wake in the morning. Doing so will sharpen your dream memory over time, allowing you to detect and record any patterns or details that may be personally relevant, or just plain fun to go back over and read.

Videos such as 6 Simple Steps To Keeping A Dream Journal offer particularly helpful tips and insights into archiving your dreams. You may be surprised at what you learn about yourself!